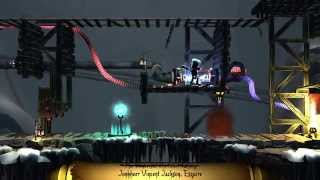 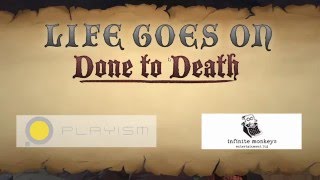 What if dying didn't mean restarting?

By making death the only tool to progress, Life Goes On gives you a fresh look at dying in video games.

Life Goes On: Done to Death is a comically-morbid platformer where you guide heroic knights to their demise and use the dead bodies to solve puzzles. Wanting to live forever, a mighty king sends his army of knights to find the Cup of Life. On this quest, you will summon knight after knight to be brutally sacrificed.

Impale knights on spikes to create a safe path. Catch a knight on a sawblade to land the body on a button. Freeze knights into blocks of ice to reach higher ground.

You’ll also electrocute knights to open doors, blast knights out of cannons, and even zombify a knight to be your violent, dim-witted friend. As you journey through treacherous and trap-ridden worlds, you’ll show no mercy to solve each challenging puzzle.

Instead, what if each time the player died, a new character is summoned to the level to continue the progress of the previous heroes?  By summoning knight after knight, the player can make progress through a level, pressing buttons, springing traps, and leaving dead bodies behind to serve as tools for the next hero.  By making death the only tool to progress, Life Goes On gives you a fresh look at dying in video games.

CREATOR CONCEPT
The Ouroborous is the symbol of a snake eating it’s own tail.  It is a symbol of infinity, life, death, and renewal. We wanted to create an indie game that was played in a way that reflected this theme. Life Goes On explores the traditional concept of death in video games. Rather than seeing it as a condition of failure that forces the player to go back and start again, Life Goes On is designed so player death is not only encouraged, it is a requirement. The cycle of life and death, of ending and renewal, allows us to take a fresh perspective on a well established and familiar video game concept.

GAMEPLAY
We design our puzzles to encourage players to carefully consider how they use each of their knights – we want players to think elegantly and creatively, not just to win through sheer force. Since we are dealing with potentially serious subject matter, we chose a light-hearted and fun style. By framing player deaths as humourous and cartoonish we provide a separation between players and the deaths of their knights. This not only makes the game accessible to a broader audience, but it also allows us to convey messages and themes that we would otherwise be unable to. By providing a safe and forgiving environment we allow players to explore a grand epistemological question, “What is the value of a life?” Life Goes On walks the line between the morbid and the comical and provides players with interesting puzzle challenges, a fun platforming environment, and a new perspective on classic video game ideas.

http://www.lifegoesongame.com/
Our team's origin comes from the January 2012 Global Game Jam, where the team met for the first time. At the end of the weekend, a buggy, but playable prototype was received with excitement and encouragement by our fellow Jam attendees. Inspired by the success of the initial prototype, we continued development, and released a demo. Over time, the enthusiasm of our fans encouraged us to keep going and finish our game. At the beginning of the project we were a group of students and recent graduates that barely new each other. Through the amazing journey of developing Life Goes On, we have learned about the games industry, what it’s like to release a game, and what it means to work together as a team.
Check more Games

by Nussoft
$ 4.99
In Library
Processing

by asamadogames
In Library
Processing

by Katatema
$ 4.99
In Library
Processing

by Nussoft
$ 8.99
In Library
Processing

by Cross Eaglet
$ 9.99
In Library
Processing

Starchaser: Priestess of the Night Sky

by Nonlinear
$ 9.99
In Library
Processing