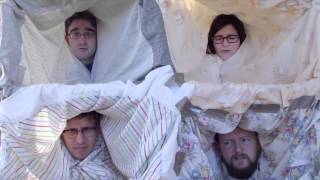 Screencheat - verb: to look at your opponent’s screens. “Stop screencheating, you cheater!”

Screencheat is a ridiculous competitive split-screen first-person shooter where everyone is invisible, so players are forced to look at each other’s screens in order to win.Supporting both local and online multiplayer, combat in Screencheat is fast and furious with a wide variety of one-hit kill weapons.

Screencheat is a ridiculous competitive split-screen first-person shooter where everyone is invisible, so players are forced to look at each other’s screens in order to win. Supporting both local and online multiplayer, combat in Screencheat is fast and furious with a wide variety of one-hit kill weapons.

Screencheat is the ridiculous split-screen shooter where everyone is invisible so you have to “screencheat” (Screencheat - verb: to look at your opponent’s screens. “Stop screencheating you cheater!”).

Master a wide variety of one-hit kill weapons including a blunderbuss, a car engine that shoots bouncing plasma balls and a teddy bear loaded with explosives. Train your skills in the solo time trials then engage in fast and frantic combat with up to eight players locally on the couch or online.

With colourful maps, unique modes and a huge number of customisation options including wacky mutators, Screencheat is the ultimate indie party FPS.

The prototype for Screencheat was originally built in 48 hours as a part of Global Game Jam 2014. It was an immediate hit, picking up a number of awards at the Melbourne Global Game Jam site and we decided to develop it into a fully fledged release.

We've spent the last two years working on Screencheat, releasing the first commercial version in October 2014 but continually supporting the game since then, refining the core mechanics and adding tonnes of new features including game modes, maps, AI, weapons, unlockable skins, game mode customisation as well as online multiplayer for up to 8 players.

We grew up in the 90’s playing games like Goldeneye and cheating by looking at the other players’ screens was such a big part of that experience. We turned this cheating behaviour of the 90’s on it’s head by making it the core mechanic in Screencheat. When everyone is invisible and you have to watch the other screens, it not only calls back to the old games we loved but also creates a whole new experience that you haven’t played before.

We’ve been all around the world to show it at conventions and it always gets a smile when we explain the concept. Everyone picks it up pretty quickly and soon it becomes second nature.

After two years, Screencheat finally feels complete, the game we imagined it would turn out to be. Looking back at the initial prototype we made in 48 hours feels a bit strange now - it’s improved and changed so much since then - but you can still feel the essential DNA of the game in the initial version and it’s still fun to play.

http://www.samuraipunk.com/
Samurai Punk is a small Melbourne-based independent game developer that creates games with love and care for people who want to play them. Our goal is to create games that we are passionate about and can be proud of. We strive to continuously offer new and interesting experiences to players whilst maintaining our creative integrity.
Check more Games

by Mercury Studio
$ 14.99
In Library
Processing

by Ayaemo
$ 9.99
In Library
Processing

by Fly System
$ 9.99
In Library
Processing