MEDUSA AND HER LOVER

BELIEVE... THAT ONE DAY, YOU MAY GAZE UPON EACH OTHER ONCE AGAIN...

Medusa was known for her beautiful eyes... Eyes which turn those who meet her gaze to stone. Her lover, Gaios, has sworn to free her from this curse placed upon her by a witch. Undertake a deadly journey to break the curse so the pair may gaze upon each other once again.

- Medusa can turn any creature to stone with her gaze. Gaios is no exception to this rule.
- Gaios can attack nearby enemies with his sword, while Medusa can attack both long and short range.
- When playing with two people, Medusa is controlled via the VR headset, and Gaios is controlled via the TV Screen.
- When playing alone, Medusa is controlled with the left hand, and Gaios with the right.
- Contains six episodes, each with their own unique setting.
- Each stage has a score. Beat your high score by playing on harder difficulty settings.

In the ancient legends, Medusa was treated as a monster, and killed.
However in this game, Medusa has a lover named Gaios, who helps her and guides her along the way during their journey.

You’ll put on the VR headset and becoming Medusa herself, while you may have a friend, lover, or family member play alongside you as Gaios.
But however frightened or uneasy you may feel, you absolutely must not look at Gaios’s face.
By this point, you don’t need us to tell you why, right?
Sync up your hearts and your controllers and battle your way through all six episodes!

If it’s your kind of thing, you can even play alone, controlling Medusa with your left hand and Gaios with your right!
SHIP OF EYLN

This is the tale of Medusa, cursed to turn all upon whom her gaze falls to tone, and Gaios, her lover.

Take control of both of these characters to progress through each stage in this VR cooperative action title.

Featuring an all new gimmick in which two players can split gameplay between the VR headset and the monitor to enjoy local multiplayer action with a single PS4 console.

More “technical” play in which one player takes on both roles is also supported, and the story progresses as you – with or without a partner – deepen the bond between Medusa and Gaios.

Medusa was known for her beautiful eyes... Eyes which turn those who meet her gaze to stone.

Her lover, Gaios, has sworn to free her from this curse placed upon her by a witch.

Undertake a deadly journey to break the curse so the pair may gaze upon each other once again.

Co-op Play with VR and your TV monitor 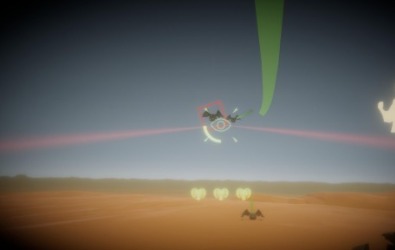 The game contains six episodes, with the story progressing as you clear each episode’s stages while coming up against a variety of obstacles. However, these “obstacles” are not only monsters; humans and even Medusa’s own powers can also impede your progress. 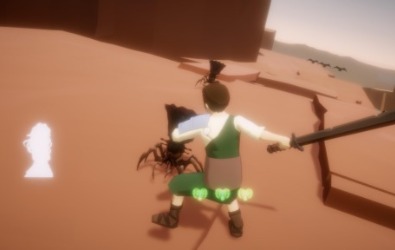 The underlying story itself isn’t laid out and explained as it is in many games, so infer what you can from Medusa and Gaios’s conversations and Medusa’s rich facial expressions.