Huge news for all you Kero Blaster fans and soon-to-be fans out there. Kero Blaster will be getting an update on October 11th!

"Kero Blaster ZANGYOU Mode" which has more stages than the original, will be released! If you already bought the current version, you can download the new version for Free once it is released.

With an extra mode, more stages and more awesome Kero action, the price will be increasing to accommodate. So, you will actually be getting the upgraded version at fantastic discounted price if you buy it now.

Also, "PINK HEAVEN" which is the sequel to "PINK HOUR" was released on Sep 11th. Its free so make sure you check it out too!

Price changes are as follows 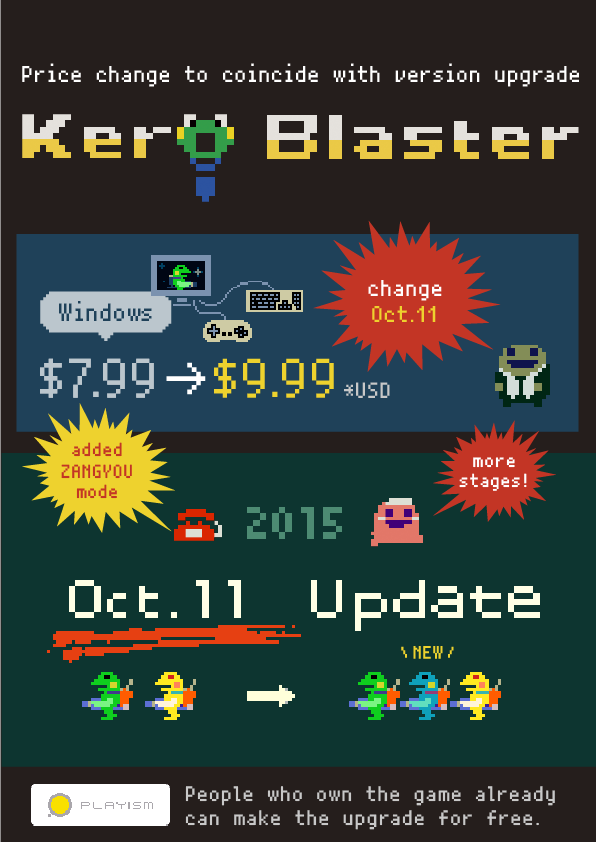