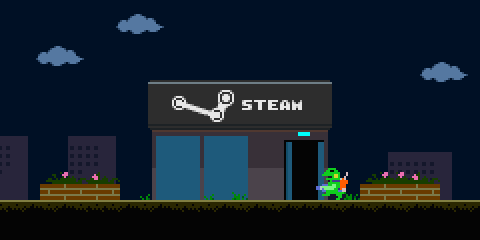 With the insane levels of this 2D side-scrolling shooter from the creator of Cave Story, Pixel brings his newest creation to Steam. Soon you will be able to rid your company's teleporters of strange black monsters right from the Steam platform as a bipedal frog.

On October 11th, Playism got the new Kero Blaster Zangyou Mode which added a whole new mode into the game. This latest version will also be releasing on Steam on November 11th.

Can't wait until November 11th? Grab Kero Blaster on Playism now and get a Steam key once the game is released on Steam!