Angels of Death releasing worldwide on PlayStation®4/Xbox One on April 22nd, 2021!

The smash hit title Angels of Death has been ported to the PlayStation®4 and Xbox One and will be receiving a worldwide release on April 22nd, 2021 (Thu.).

Angels of Death is a psycho-horror adventure game comprising Episodes 1~4 of the game of the same name created by Hoshikuzu KRNKRN (Makoto Sanada), which was originally released via Niconico Game Magazine (now Game Magazine), formerly operated by Dwango.

After receiving rave reviews upon its initial kickoff in 2015, Angels of Death gained immense popularity via SNS and video upload sites – among middle- and high school students in particular – becoming an instant hit. The original boasts over 1 million downloads, and has been turned into comics, novels, and anime, with each version also localized into a variety of languages. The comic/novel series have sold a total of over 2.4 million copies, and an animated TV version debuted in August 2018, gaining the franchise even more popularity throughout the world.

Apart from the original Japanese, the main game itself has also been localized into English, Chinese (Traditional and Simplified), Korean, and Russian and has been released to Steam and the Nintendo Switch. Now, in response to the overwhelming number of fan requests, Angels of Death is finally getting a PlayStation®4 and Xbox One release on April 22nd, 2021 (Thu.). 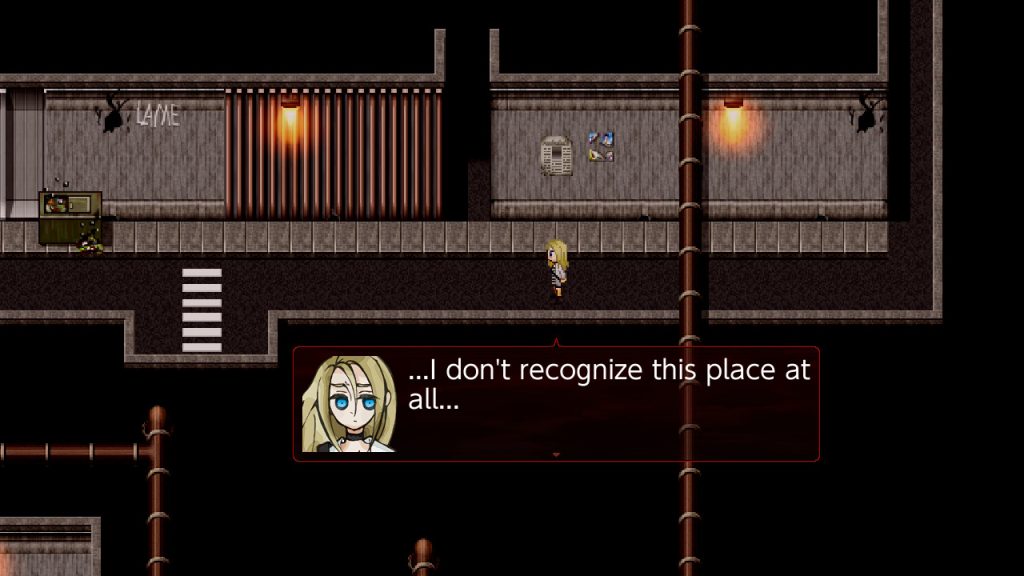 Ray, a young and weak yet highly intelligent girl suffering from amnesia, and Zack, a crazed killer who makes up for what he lacks in brainpower with brawn... Angels of Death depicts this pair’s desperate struggle to escape from the building inside which they’ve been entrapped. The beautifully rendered dot art motions and effects, the deeply emotional and introspective story, and the brilliantly original and unique world woven by indie game creator Makoto Sanada all come together to form a truly mesmerizing game experience.

How will Ray and Zack combine forces to handle themselves against the psychotic killers who await them on each new floor? The white-knuckle tension, mind-blowing conclusion, and touching ending will have you constantly on the edge of your seat. 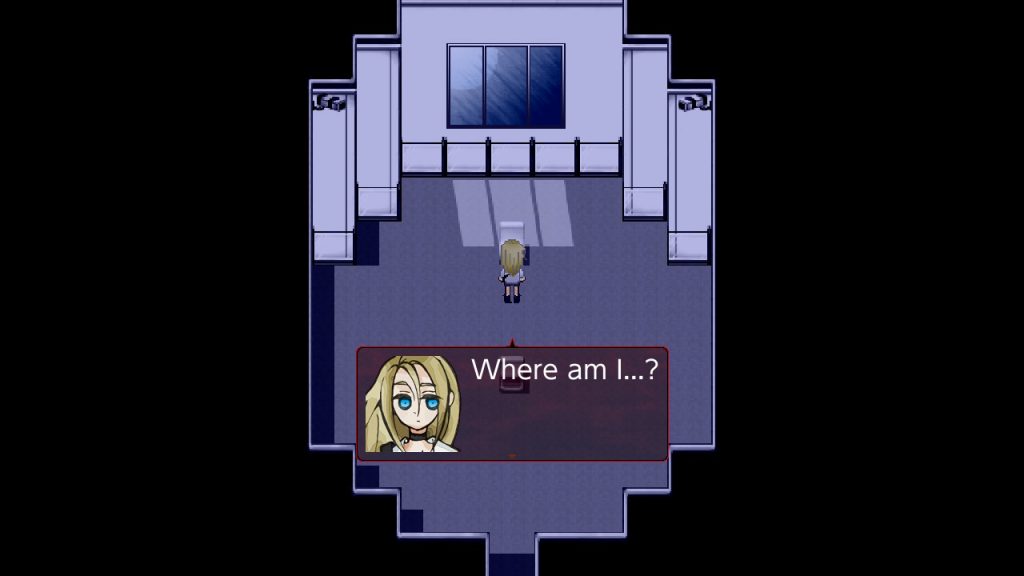 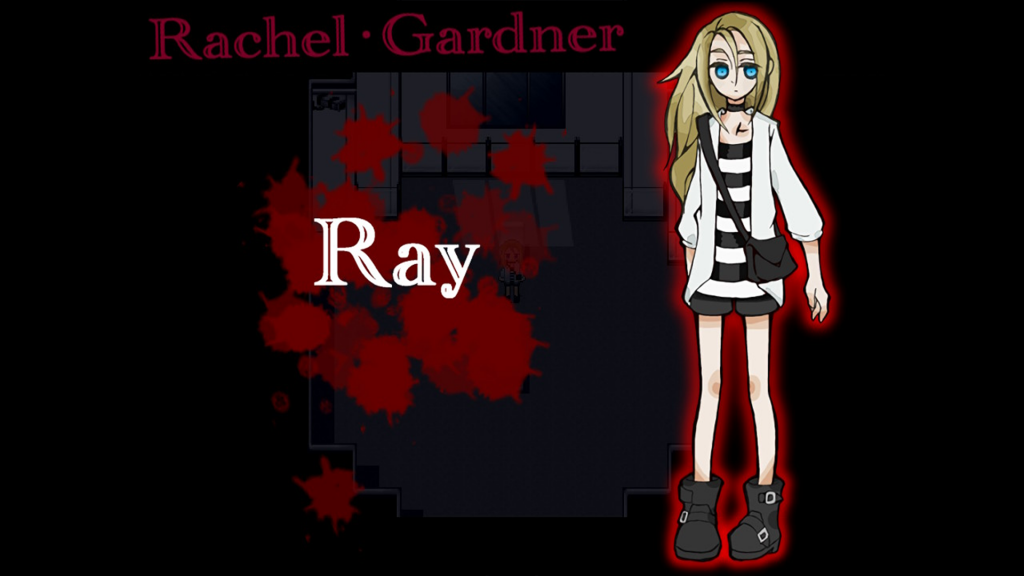 Rachel, having lost her memory, awakens in the basement of a strange and unfamiliar building. As she explores the building, on Floor B6 she meets Zack – a crazed killer with a Grim Reaper-like scythe, and on B6 she encounters Danny – a man claiming to be Rachel’s counseling physician.[ 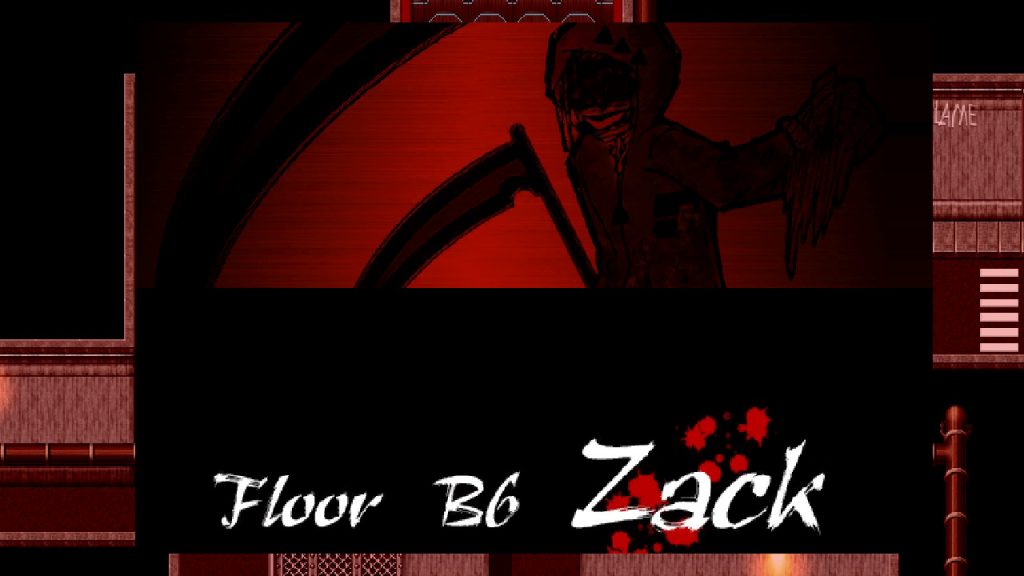 After regaining part of her memory thanks to Danny, Rachel decides that she wants to die. On the other hand, Zack – having broken the rules of the building – has been marked for death. Rachel pleads, “Please... kill me,” to which Zack responds with a “promise”: “Help me get outta here, and I’ll kill you.” Rachel and Zack team up and head for the surface, but a slew of insane killers will stop at nothing to prevent the pair’s escape. Will Rachel and Zack ever see the light of day again...?!

Makoto Sanada. Game writer. Garnered attention after Kirisame ga Furu Mori – posted to free game site “Freem!” in October 2013 – became a hit. Released the first episode of his second work, Angels of Death, in August 2015. After the end of the games’ respective runs, both Kirisame ga Furu Mori and Angels of Death expanded into the multimedia realm, receiving comic versions, novelizations, and more, with both titles enjoying a loyal and broad fanbase that remains strong to this day. 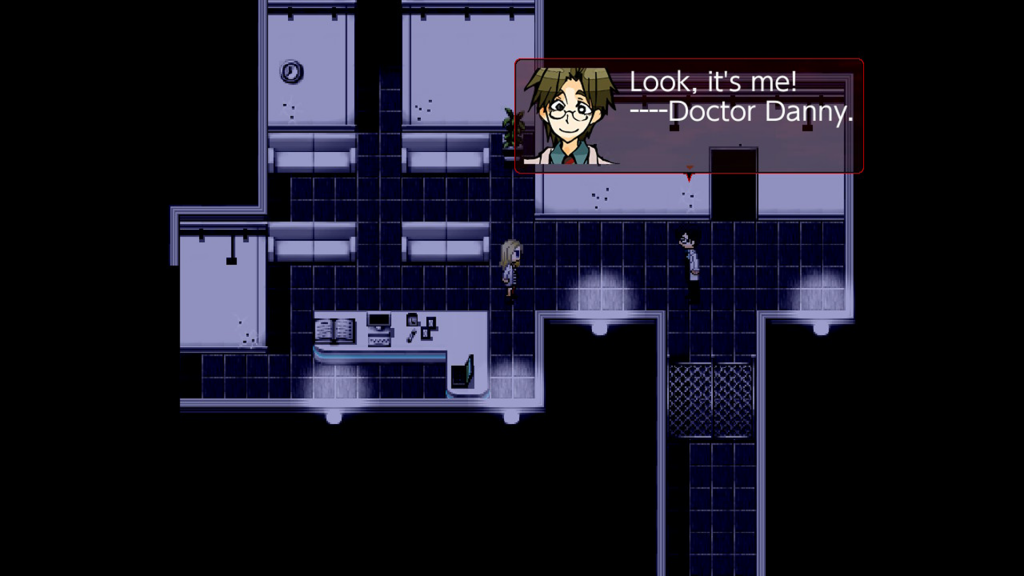