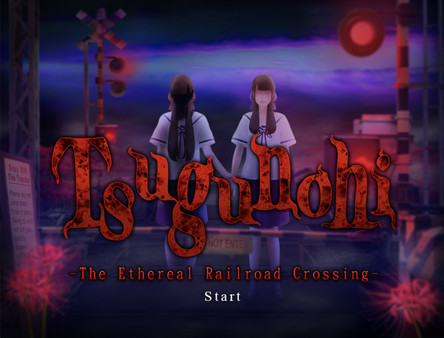 The Legendary Horror Series with Over 54 Million Streaming Views

Tsugunohi was developed by ImCyan and originally released on Freem! and other free game websites in 2012. Since then, Tsugunohi Let's Plays have amassed over 54 million views worldwide, establishing it as one of the legendary horror titles. Coming to Steam on August 13th, this new version will include nine episodes and be supported in English, Japanese, and Simplified Chinese.

All Nine Episodes of the Steam Version

The Steam version of Tsugunohi features the first three episodes of the game with enhanced graphics, upping the fear factor.

Watch On As Horror Descends

This new story that takes place at a train crossing awash with ghostly mystique is connected to the previous episode, Tsugunohi -The Parallel Train in the dark-.

Additionally, there will be another original episode that is created specially for Tsugunohi's Steam version. Stay tuned for further details, which will become available on release (August 13th).