PLAYISM is proud to announce that the Steam Page for Potato Flowers in Full Bloom is now live! Developed by Japanese indie developer Pon Pon Games, this 3D Dungeon Exploration RPG will be coming to Steam and Nintendo Switch in the winter of 2022. Additionally, the demo is now available for all during Steam Next Festival.

The Creator of Healers Only Live Twice Is Bringing His Newest Work to Steam and Nintendo Switch!

Four years on from releasing Healers Only Live Twice, Japanese solo indie developer Pon Pon Games has been creating and perfecting Potato Flowers in Full Bloom. Recruit and train party members as you make your way through labyrinths in this 3D dungeon exploration RPG coming to Steam and Nintendo Switch in winter 2022.

The title is also participating in Steam Next Festival from 1st to 7th October, head over to experience the demo! 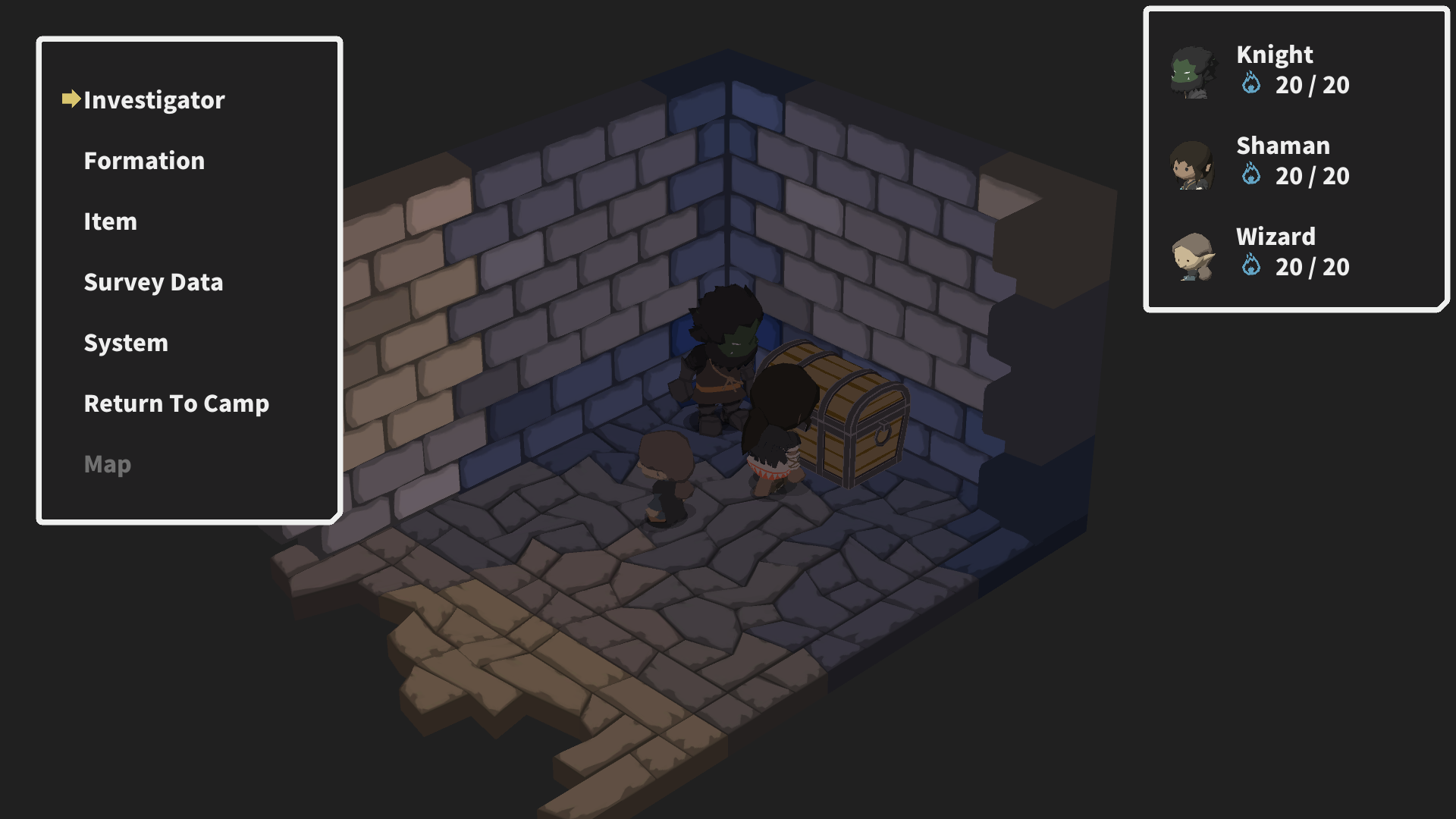 In a world where soil contamination is a continuous threat for human society, it is said that there is a special seed left behind in an underground labyrinth by an alchemist. This seed can grow without being affected by the effects of contamination.

Setting up base in the remains of a nearby town, you and the research team are led by your leader as you aim for the depths of the maze.

Gradually expand your range of actions as you delve deeper into the dungeons. The map is procedurally-generated as you progress.

Solve tricks and puzzles to obtain treasures, but beware of the monsters and bosses lurking around every corner!

As the labyrinths have been constructed and renovated by human society across various eras, you might come across some interesting items from the past. 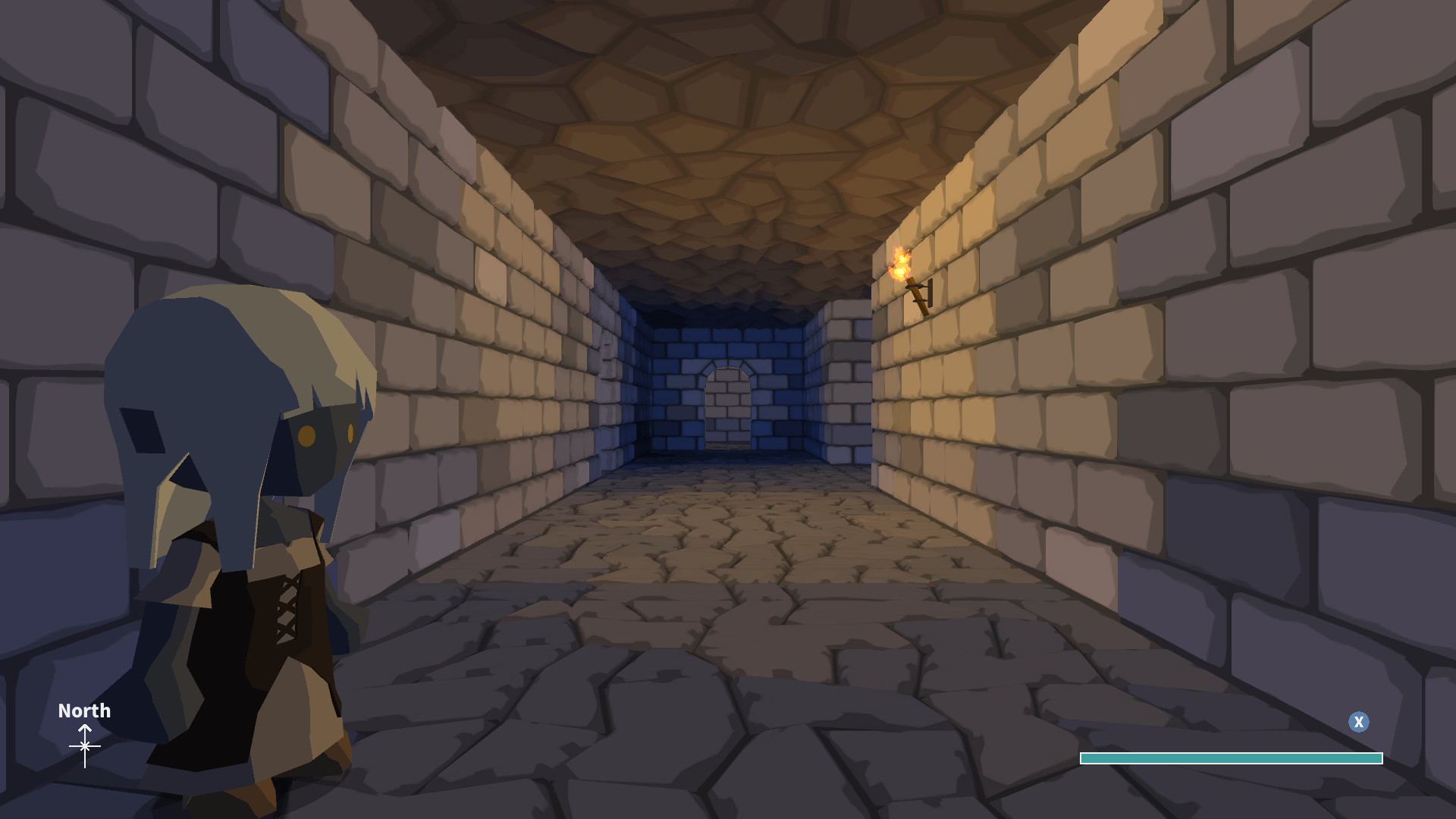 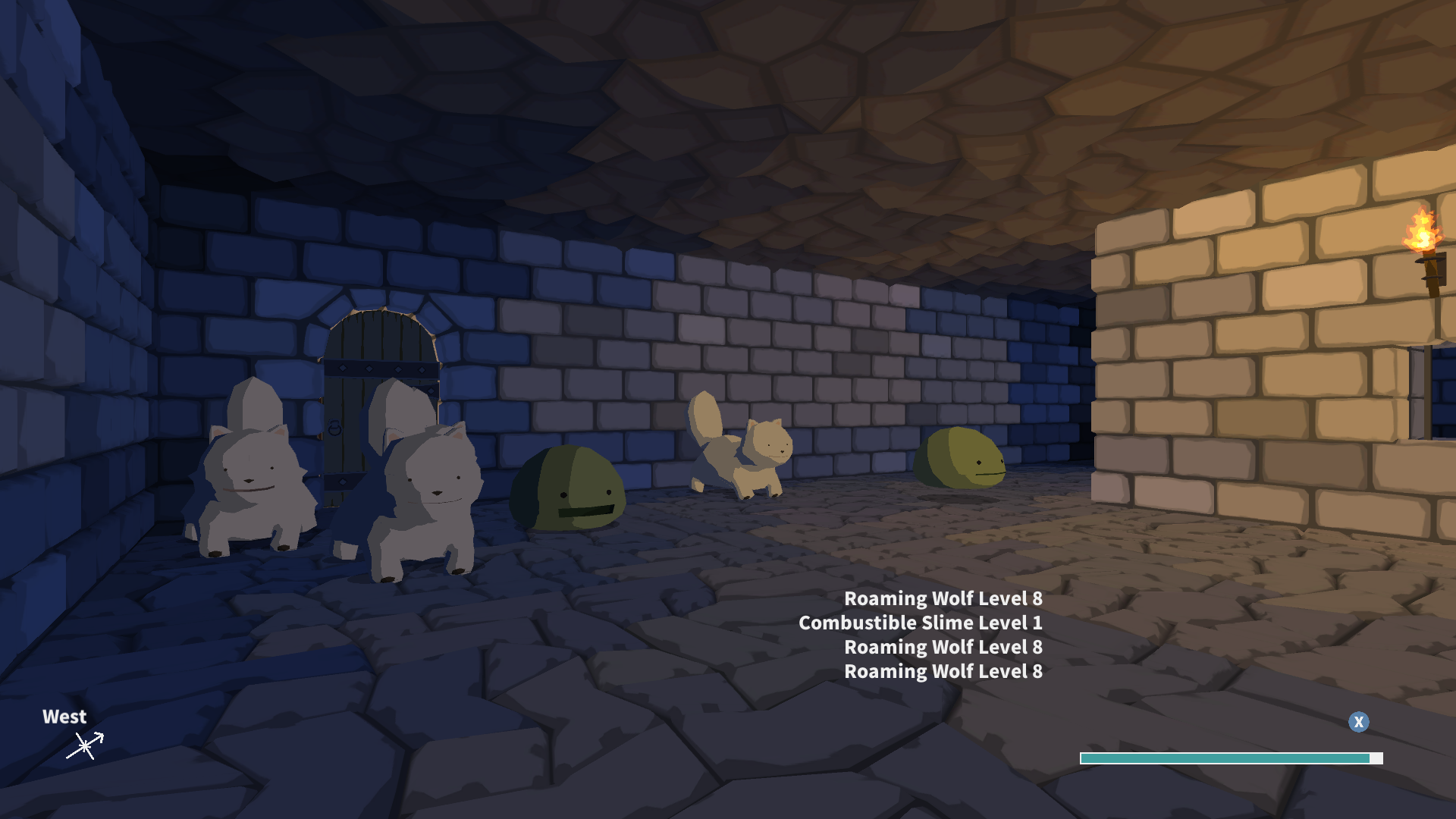 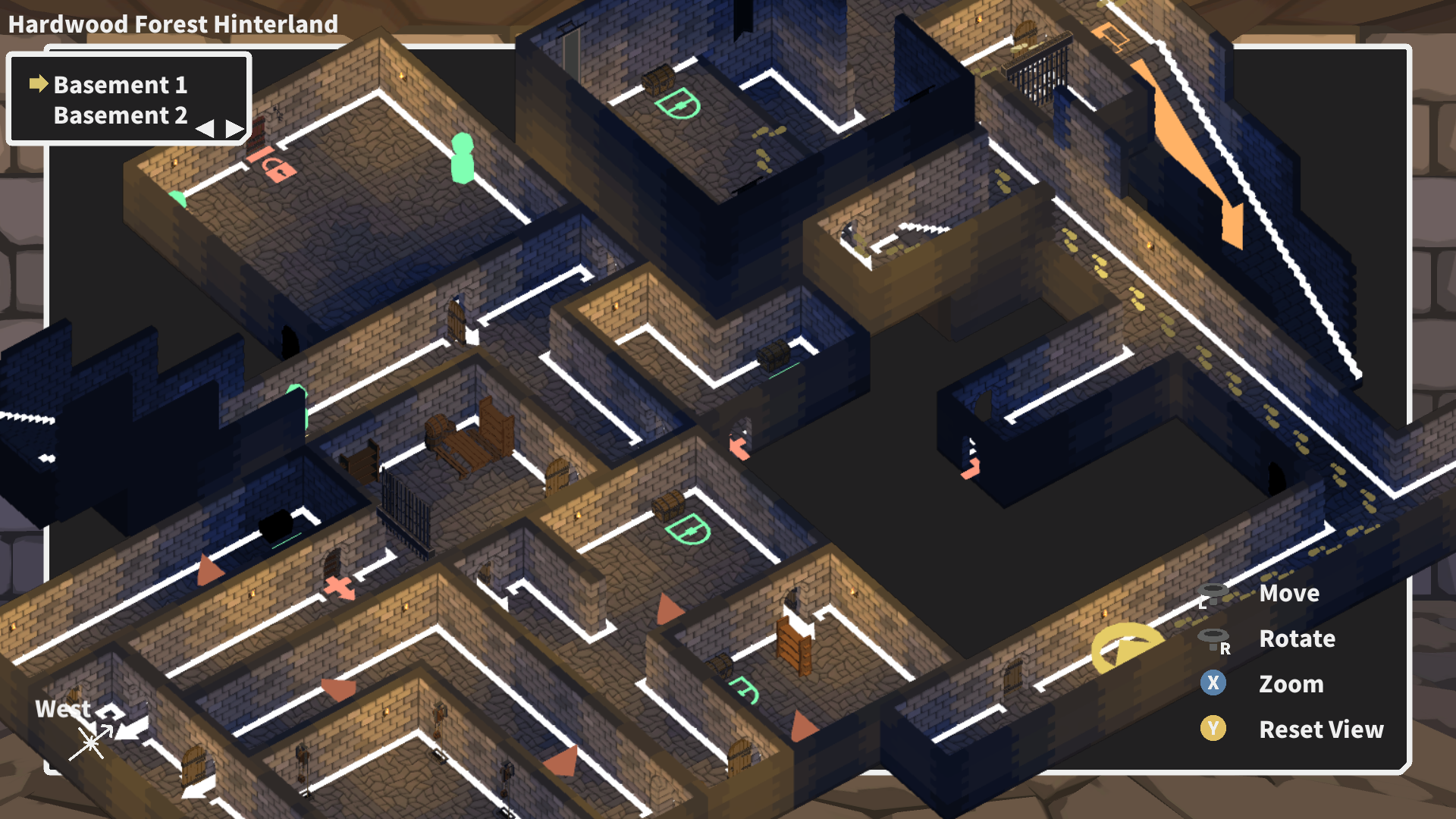 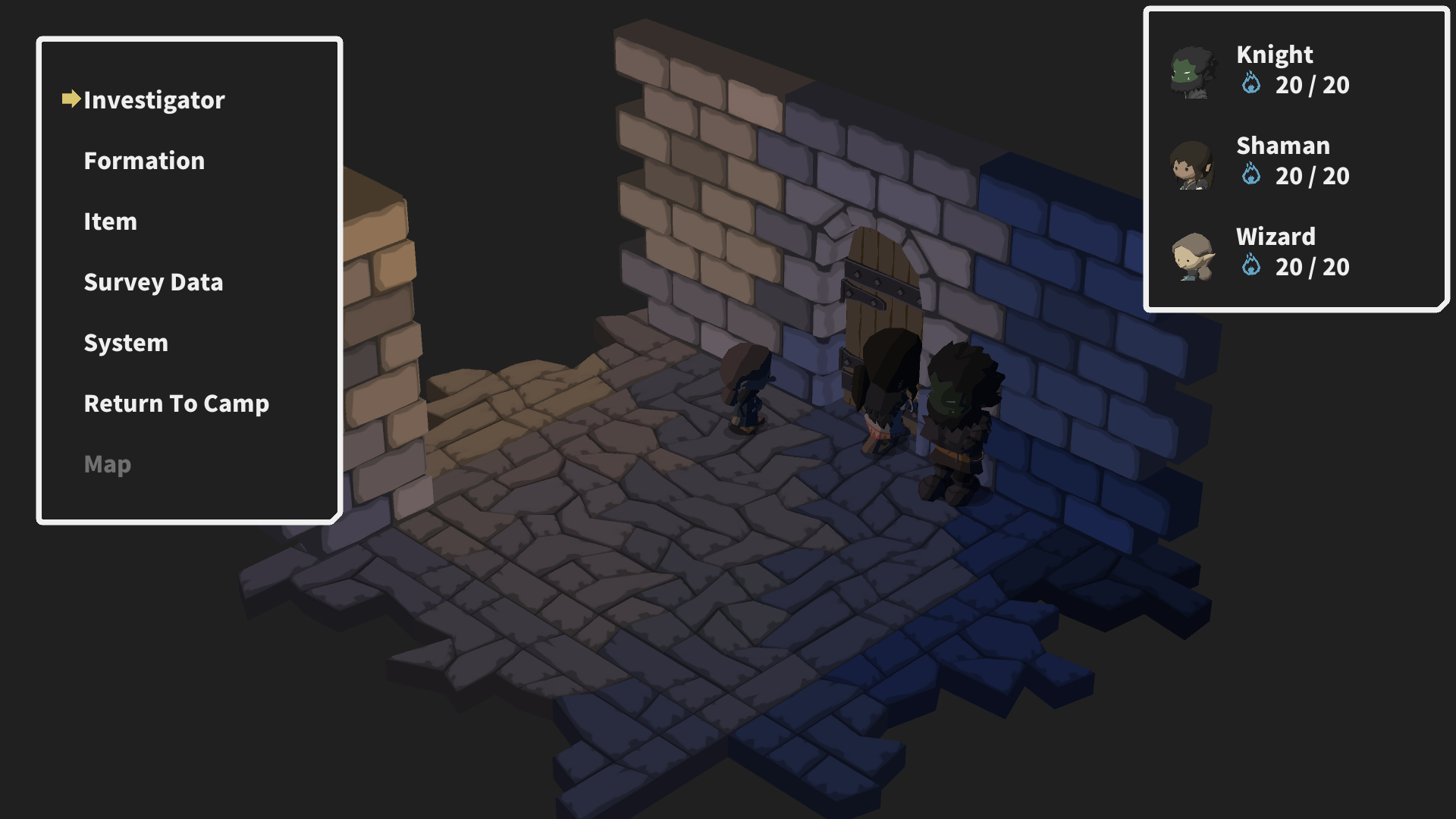 ● Read Your Enemy’s Next Move and Plan Your Counter
You can predict the enemy’s next move by reading the displayed icons, your ability to strategically choose your actions accordingly will determine your chances of victory in battle. Actions such as attacking, guarding, and using skills eat up points. Be careful not to run out of points, as you will be reduced to the “Rest” command, making you a sitting duck until your points recover. 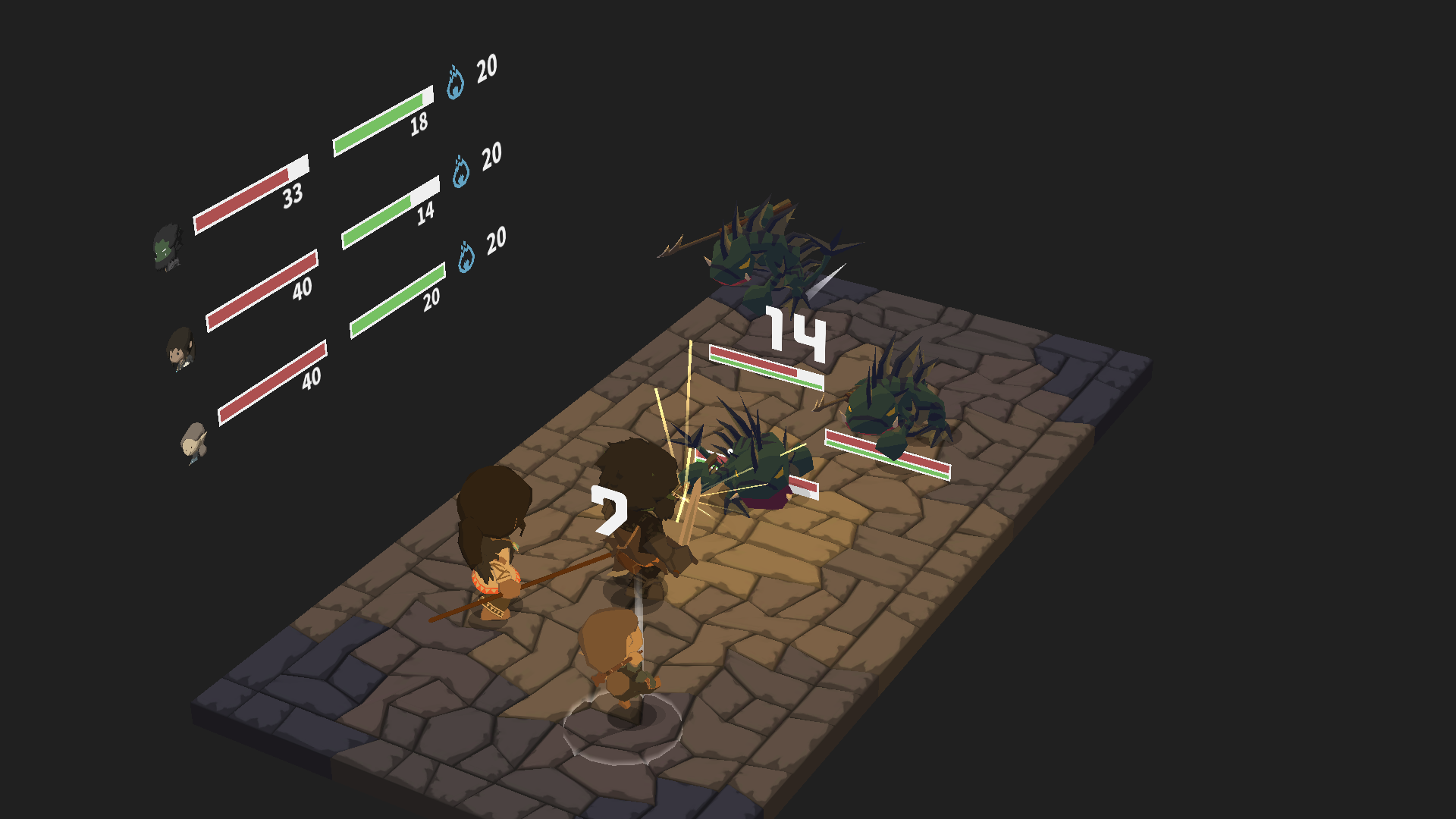 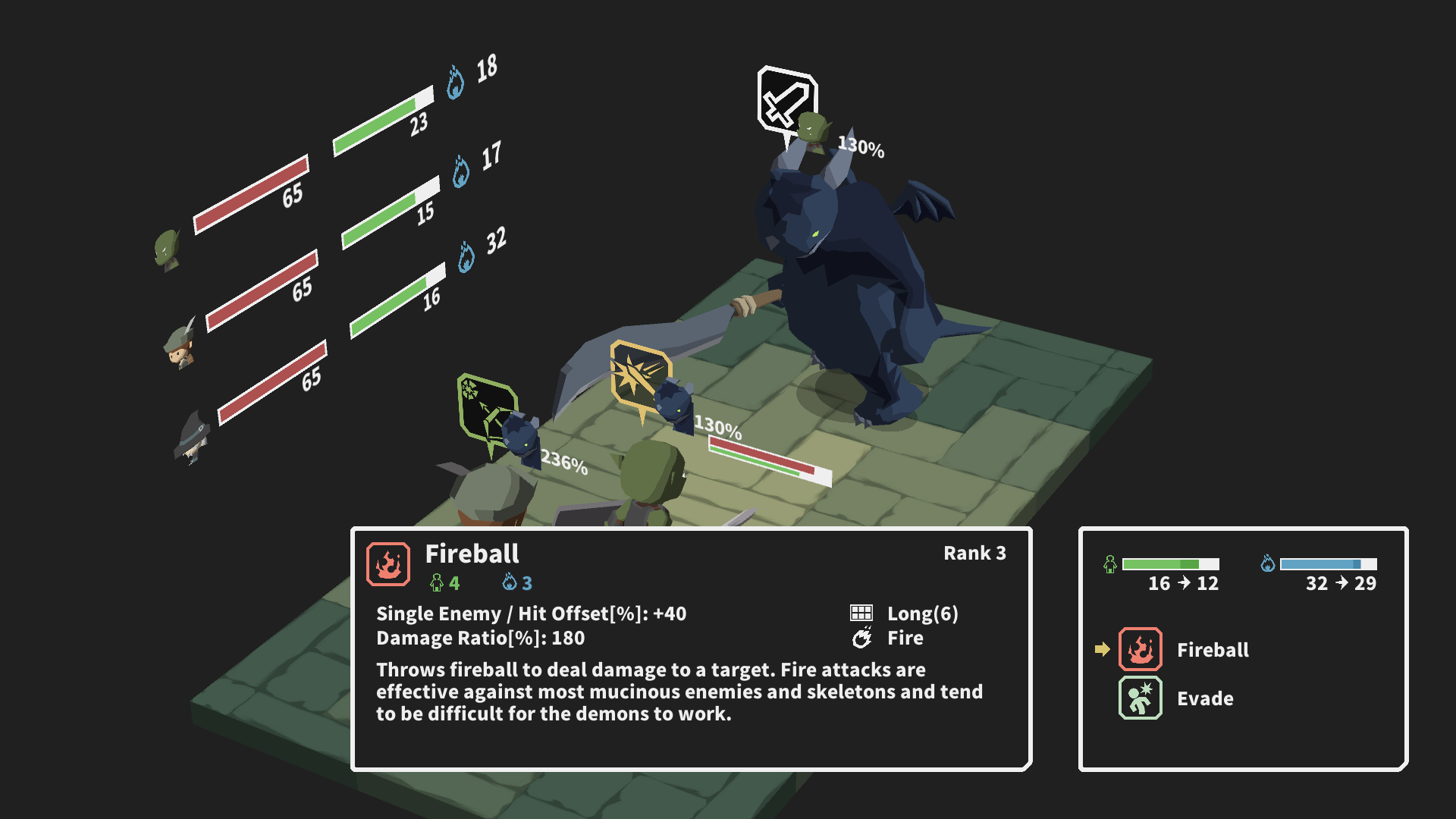 Form your desired research team at base camp. Available classes include knights, rangers, and shamans, the choice is yours and yours alone. You can even modify the appearance of each character to suit your liking.

Each class brings a unique skill tree, it is up to you how you want to train your party. You can bring up to three other members with you on every adventure into the dungeon, so pick wisely. 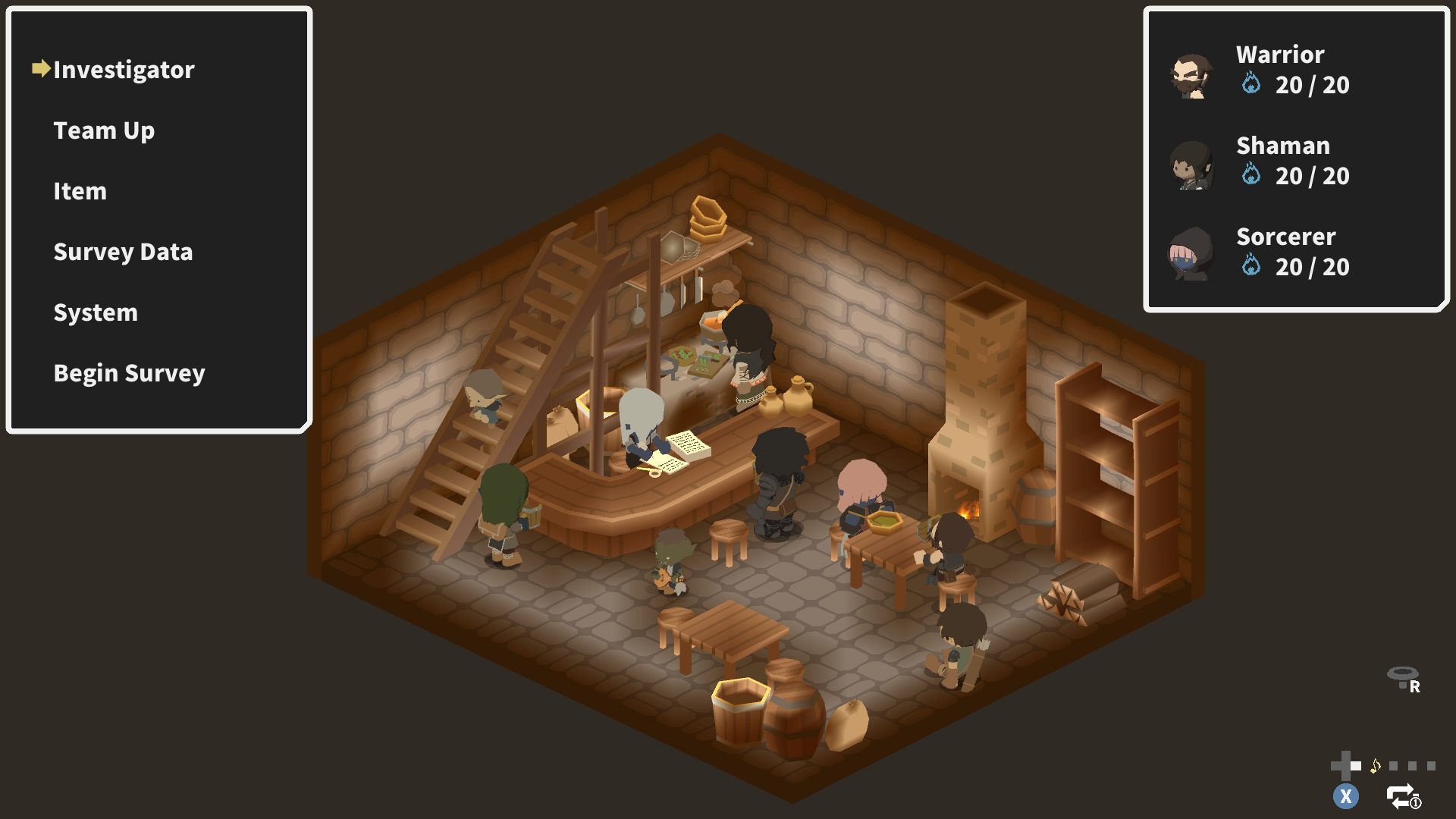 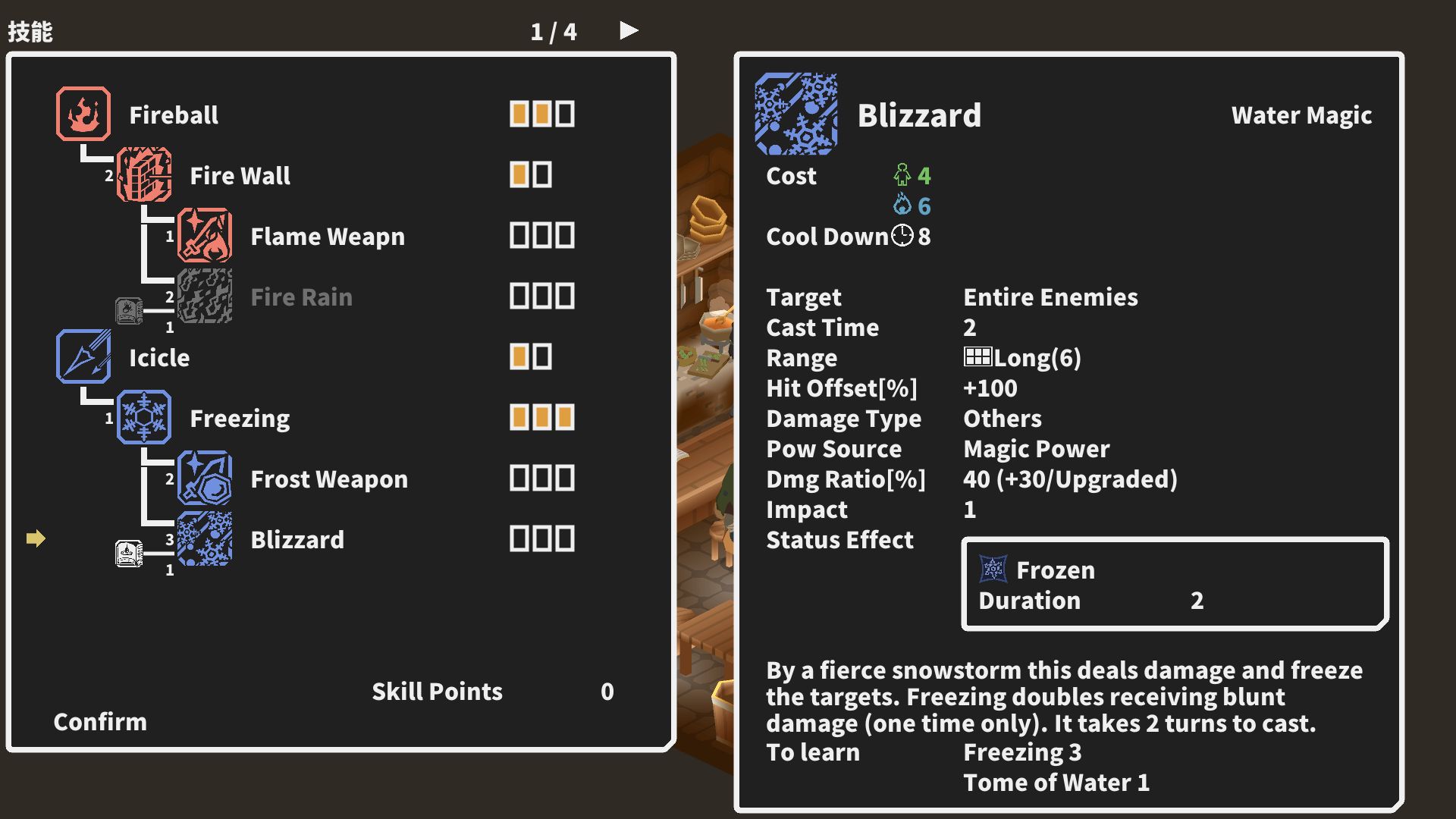