PLAYISM is proud to announce the latest info on the Xbox and Steam versions of “slow-life town destruction” game DEEEER Simulator: Your Average Everyday Deer Game – currently in development by Gibier Games.

The game will be available as a download-only title on the Xbox One, Xbox Series X|S, and the Microsoft Store from 3pm (PDT)/6pm (EDT) on Tuesday, November 23rd, for $19.99 (incl. tax).
The “Final Evolution of DEEEER” DLC pack will also be released simultaneously, for $4.99 (incl. tax).
The DLC pack features all sorts of cool stuff – like character skins such as the “Polar Bear” police and items including the “Sushi Bomb” – to fully power-up your wild and wacky DEEEER life!
Both the full game and the DLC pack will be available for pre-order starting from 11pm on Tuesday, November 9th (PDT)/2am on Wednesday, November 10th (EDT).
Additionally, the game will also be playable from the day of release with the “Xbox Game Pass” subscription service, which provides access to over 100 Xbox and PC titles for a low monthly subscription fee.

Currently available in Early Access, the full release of DEEEER Simulator: Your Average Everyday Deer Game has been brought forward from the originally scheduled date of November 25th to 3pm (PDT)/6pm (EDT) on Tuesday, November 23rd.
With the release of the full version update, the story progresses even further past the “Future” Ver.3.0, finally bringing you face to face with the final boss.
The “Final Evolution of DEEEER” DLC pack and the game’s original soundtrack will also be released simultaneously with the full version.
The OST contains 16 tracks. Bask in the weirdly contrasting “whatever”-ness of the game itself with the magnificent sounds and music for a nice little aural pick-me-up! 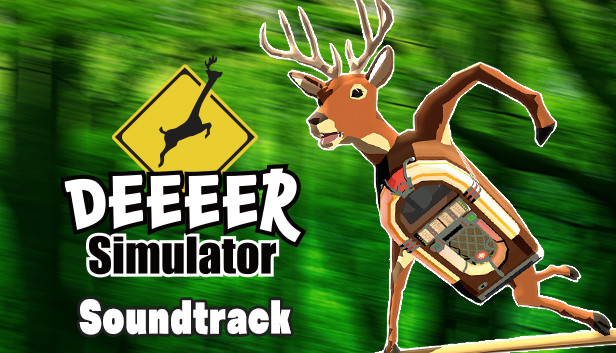 Take on the role of a bipedal deer with a stretchy neck and stabby horns and decimate the town to your heart’s content in this “average, everyday deer game”!

The developer has named this game’s genre “Slow-Life Town Destruction”, and just as the name implies, you can do either: chill peacefully with the other animals, or go buck wild and bring it all crashing down. Be warned, however: continuous destruction will result in being hunted down by the police, who will dispatch increasingly tough “officers” to take you down. Now go, and realize your full DEEEER potential! 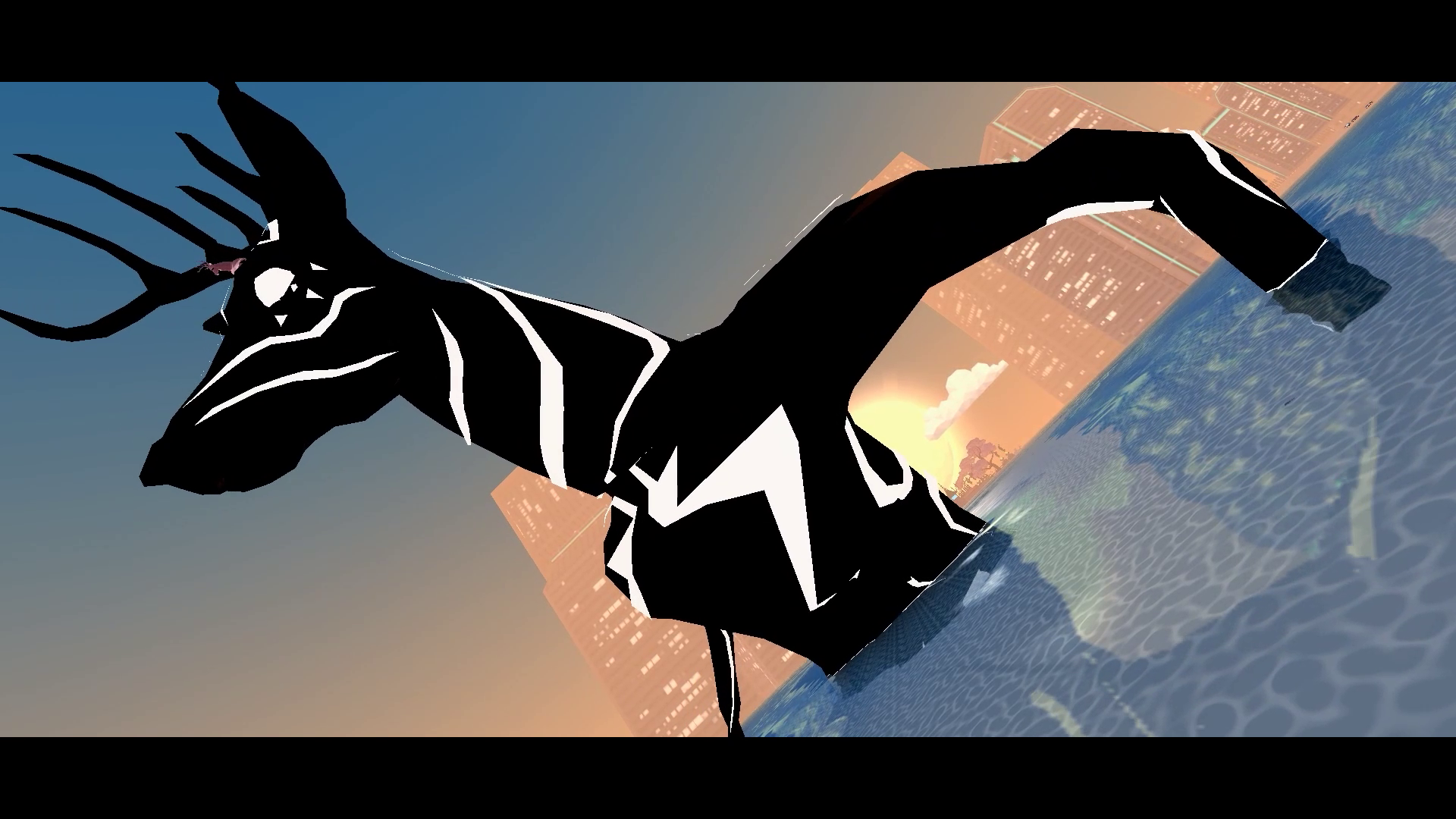 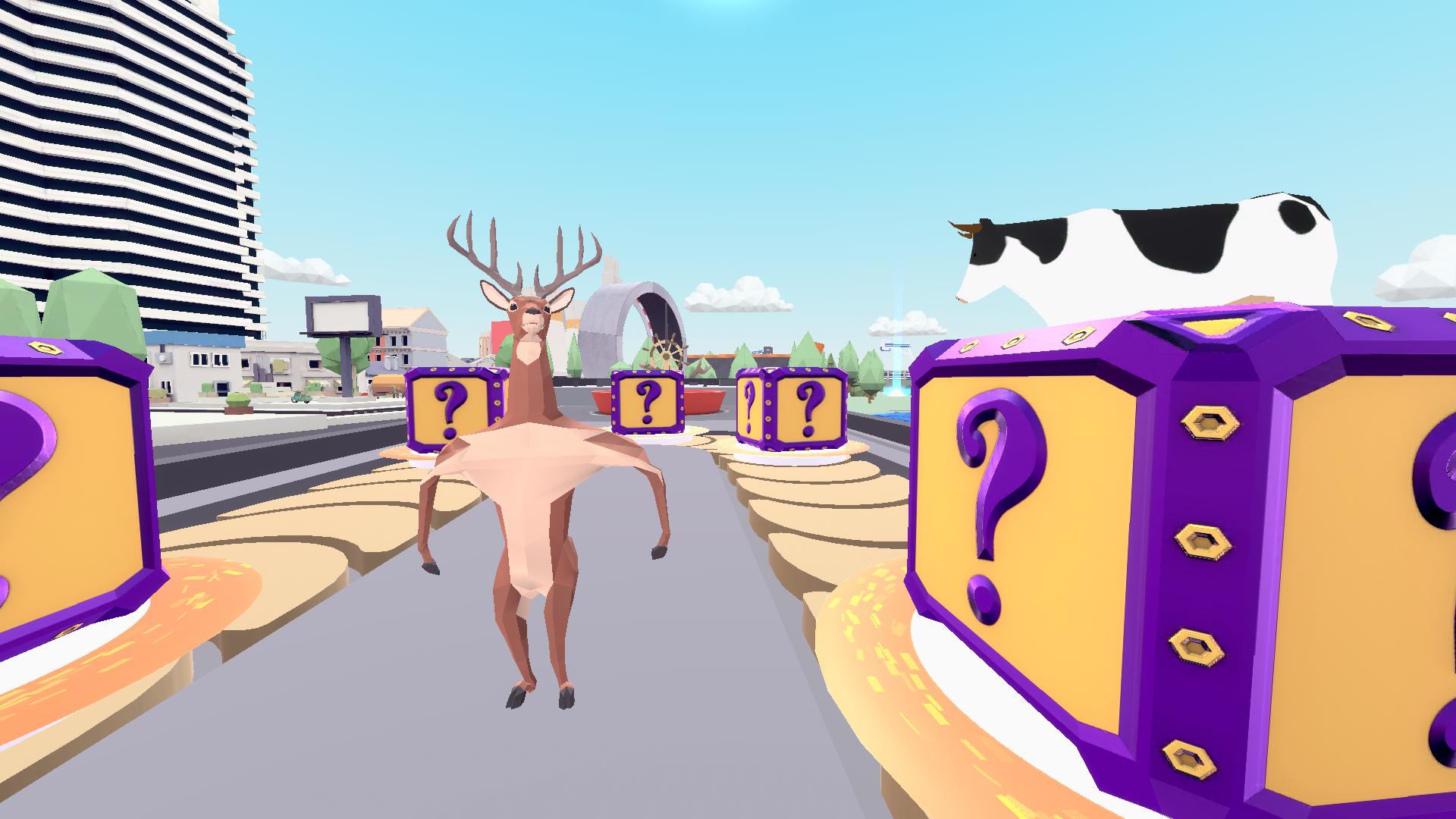 ©Gibier Games All rights reserved. Licensed to and published by Active Gaming Media