The Highly Anticipated La-Mulana 2: The Tower of Oannes is Now Available!

PLAYISM is proud to announce that the action-packed La-Mulana 2: The Tower of Oannes DLC brought to you by Indie game developer NIGORO is now available!

Discover the Tower of Oannes!

Just when you’d forgotten all about La-Mulana...Presenting the latest DLC: La-Mulana 2 – The Tower of Oannes.

The tribes that were meant to have gone extinct have been discovered living in the ruins of Eg-Lana, the backdrop for La-Mulana 2. However, the 4th Children are nowhere to be found and it turns out...due to their low intelligence, they weren’t even allowed into the ruins of Eg-Lana.

And now, the ambitions of the 4th Children are about to come to light! Will they be able to unleash the “sealed ultimate power”?! The newly-added map – The Tower of Oannes ranks with the previous installment’s Hell Temple in difficulty! This is dedicated to all the La-Mulana diehards out there who felt that we weren’t doing enough for the fans and who just couldn’t get enough. Hold on to something...because it’s about to get rough.

You were warned, so no complaining! 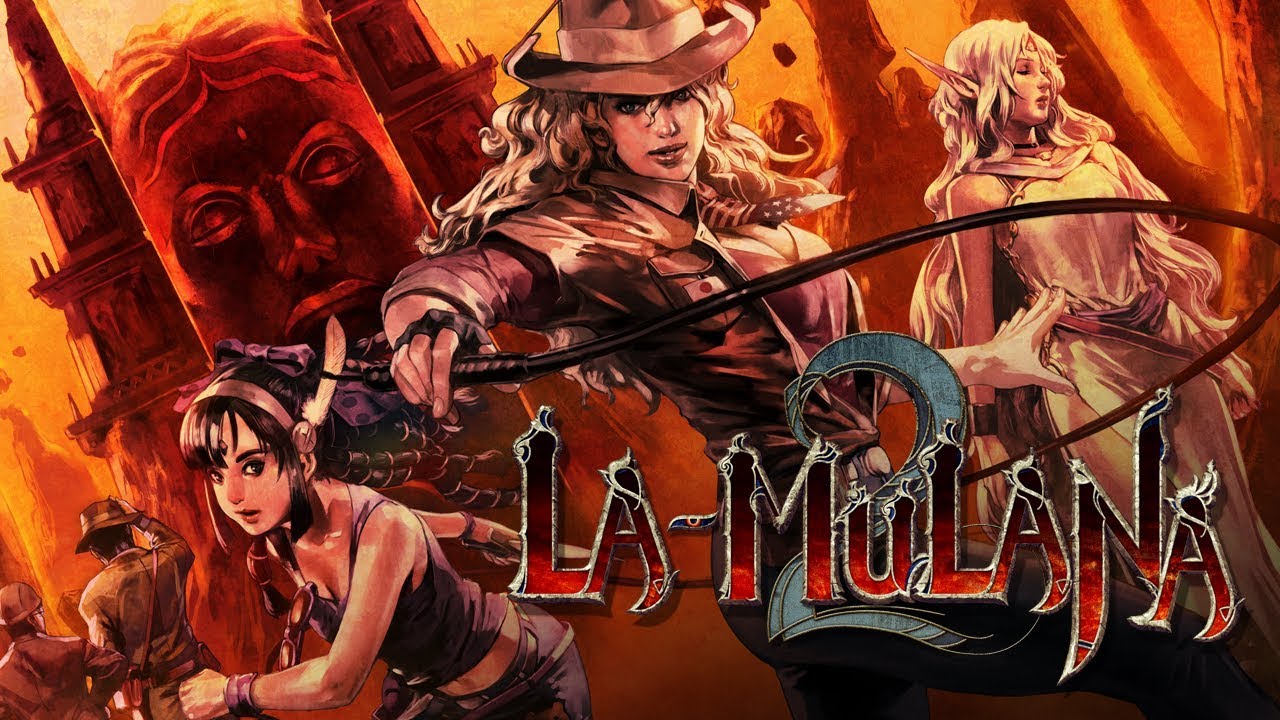 The sequel to the popular La-Mulana, an archaeological action-adventure game with vast ruins, complex mysteries, a wide array of items, and powerful enemies, developed by NIGORO, an indie game development team that strives to create games based on the question, “How can we make an old-school 2D game that takes advantage of advancements in modern technology?”. The previous title, La-Mulana, was a worldwide hit with over 500,000 copies sold, and a sequel development project was launched on the Kickstarter crowdfunding site in 2014, raising $266,670 from 5,200 backers. And now, the game will be available for the first time on consoles. The game is categorized as an exploratory side-view jumping action game, but also an adventure game with strong elements of puzzle-solving.

Five years have passed since the secrets of the La-Mulana ruins, said to be the cradle of all civilization, were revealed by a single archaeologist. The ruins were almost destroyed, and investigations have barely made any progress. But nearby villagers have succeeded in turning the entrance to the ruins into an attractive tourist spot.

Known as the “7th Children” born from the “Mother”, the source of all humanity, the villagers who have spent millenia protecting the ruins have begun a new life. But monsters have begun popping up from somewhere within the ruins, the now popular tourist destination.

The “Mother” to the monsters, and the La-Mulana ruins, were supposed to have stopped functioning altogether... The village elder sends a request for the inspection of the La-Mulana ruins to a father and son team of archaeologists, but currently lying low in order to escape the anger of the villagers after previously having almost destroyed the ruins, they apparently can’t be contacted. That’s when Lumisa Kosugi, an archaeologist's daughter, arrives at the village.

The Eg-Lana ruins – also known as “the other La-Mulana” – were used by the inhabitants of the ruins as a land of exile. There lies evil, hatred, rage… Will Lumisa be able to uncover and solve the mysteries of the Eg-Lana ruins?