The release of Replica and Legal Dungeon of the "Guilt Trilogy" on PS4 and Xbox on April 5th!

Replica is the first title of Somi's "Guilt Trilogy".
Peer into strangers’ private lives via the cell phone of a suspected terrorist. A tightly and controlling Homeland Security of a dystopian government restrains the wielder of a mysterious cell phone to an unknown location. Under coercion by this totalitarian authority, snoop into this device to find and report evidence of its owner’s involvement in terrorist activities.

In your possession is a mobile phone, belonging to an unknown owner. Under the supervision of your country's national intelligence bureau, you must hack into the mobile phone owner's account and peruse images, emails, and social media records for any evidence of suspected terrorism. 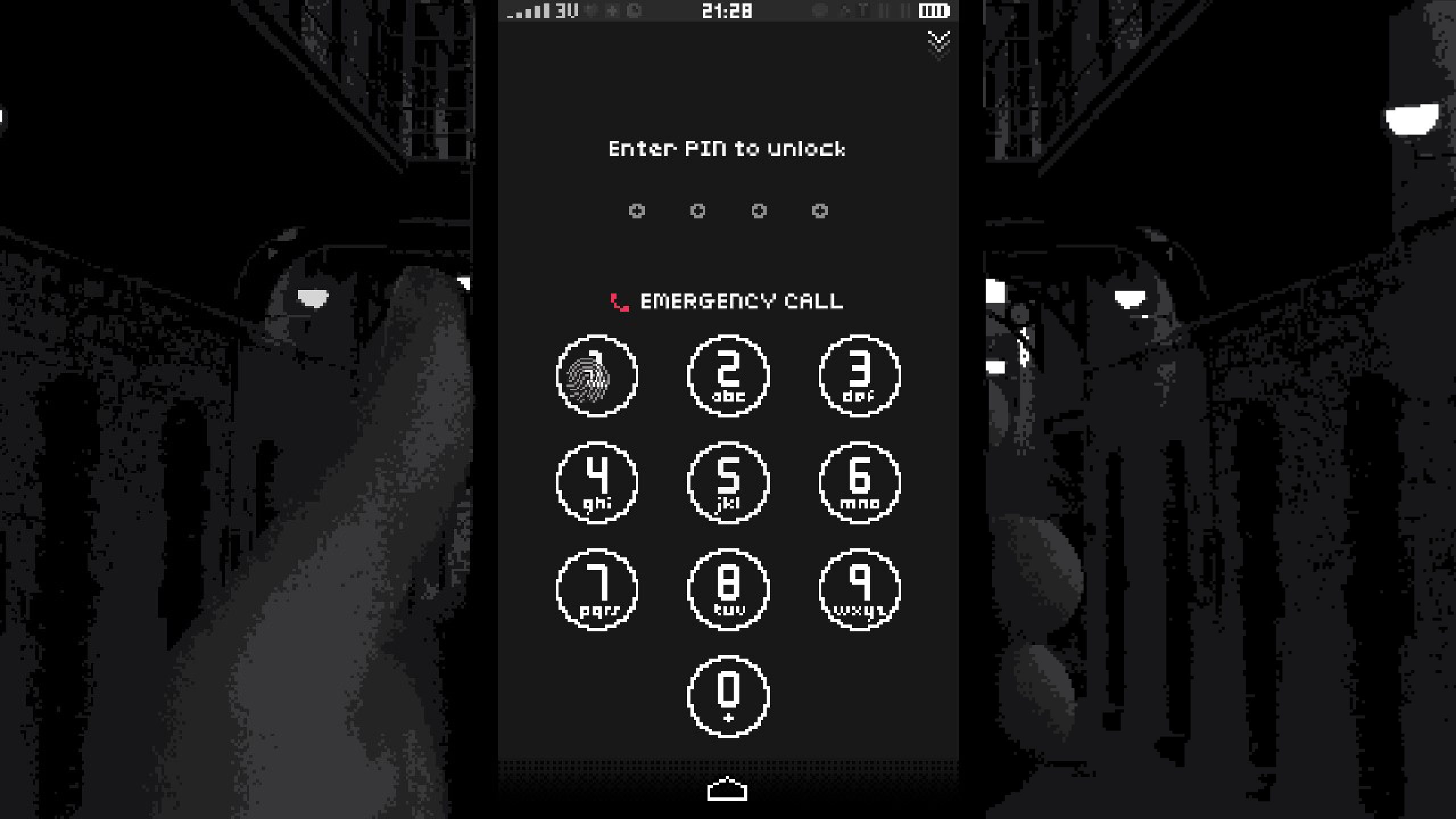 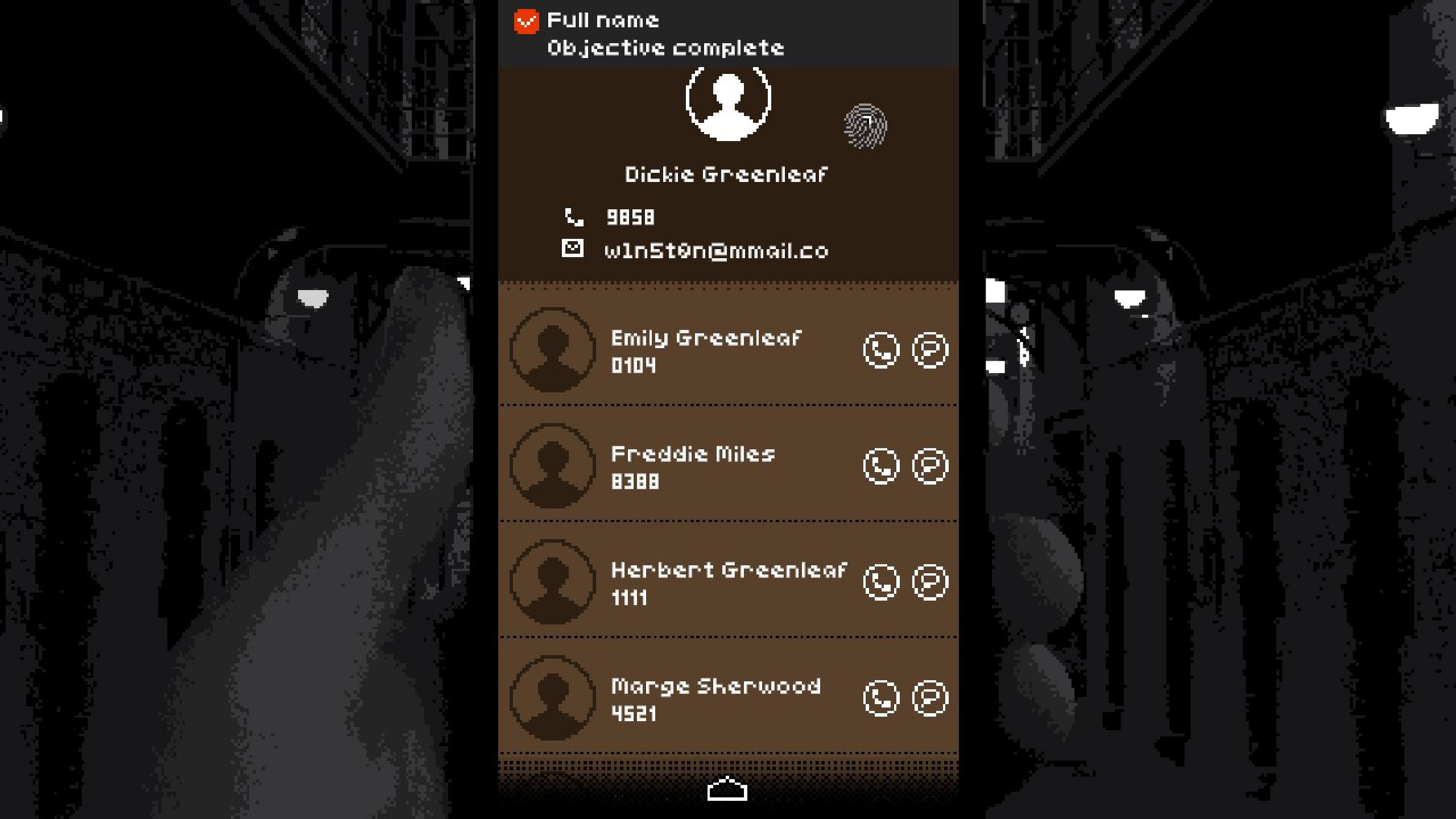 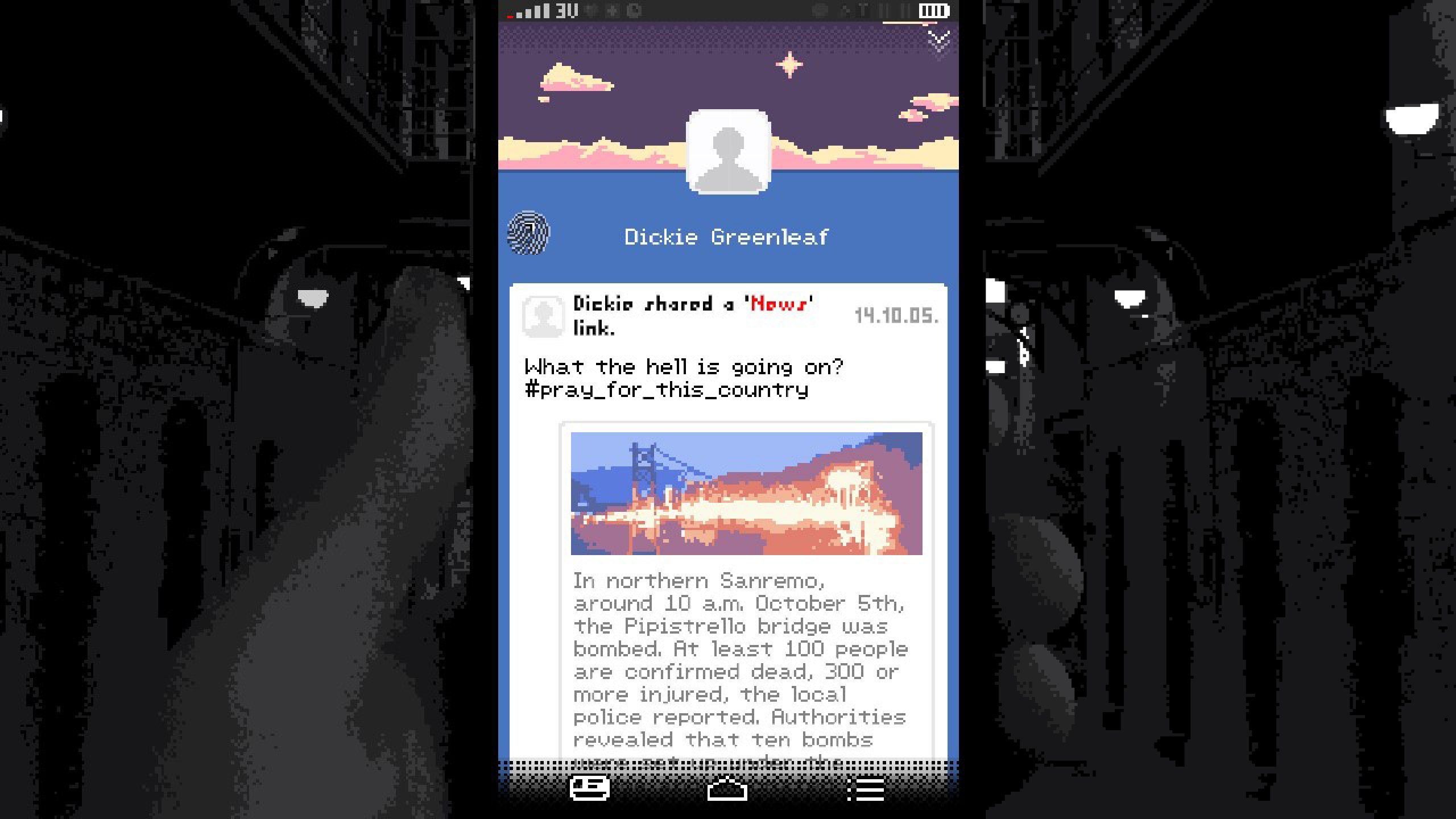 Following Replica, Legal Dungeon is the second title of South Korean developer Somi's "Guilt Trilogy" (third and final title being The Wake). This is a unique police experience where you prepare reports based on legal documents to decide the fates of perpetrators.

Taking on the role of rookie female lieutenant Jane Blue, the player must read through the text of statements and legal precedents. Then, using keywords selected from the text, head into battle with the accused in the “dungeon”, and complete “verdict documents” for submission to the prosecutor. Whenever you get overwhelmed or confused with the heavy load of legal/courtroom text, your AI assistant – “Mini Jane” – will be there to help guide you along. Additionally, Jane has a set amount of “HP”, and once that HP hits zero during battle in the dungeon, or if time runs out for a timed battle, the game will end.

Jane will handle all sorts of crimes – from contempt of court to robbery and even murder. It’s up to the player to decide whether to recommend that the accused be prosecuted or let go. Also, these decisions will not only affect the lives of the accused, but Jane’s as well, leading into varying story branches. 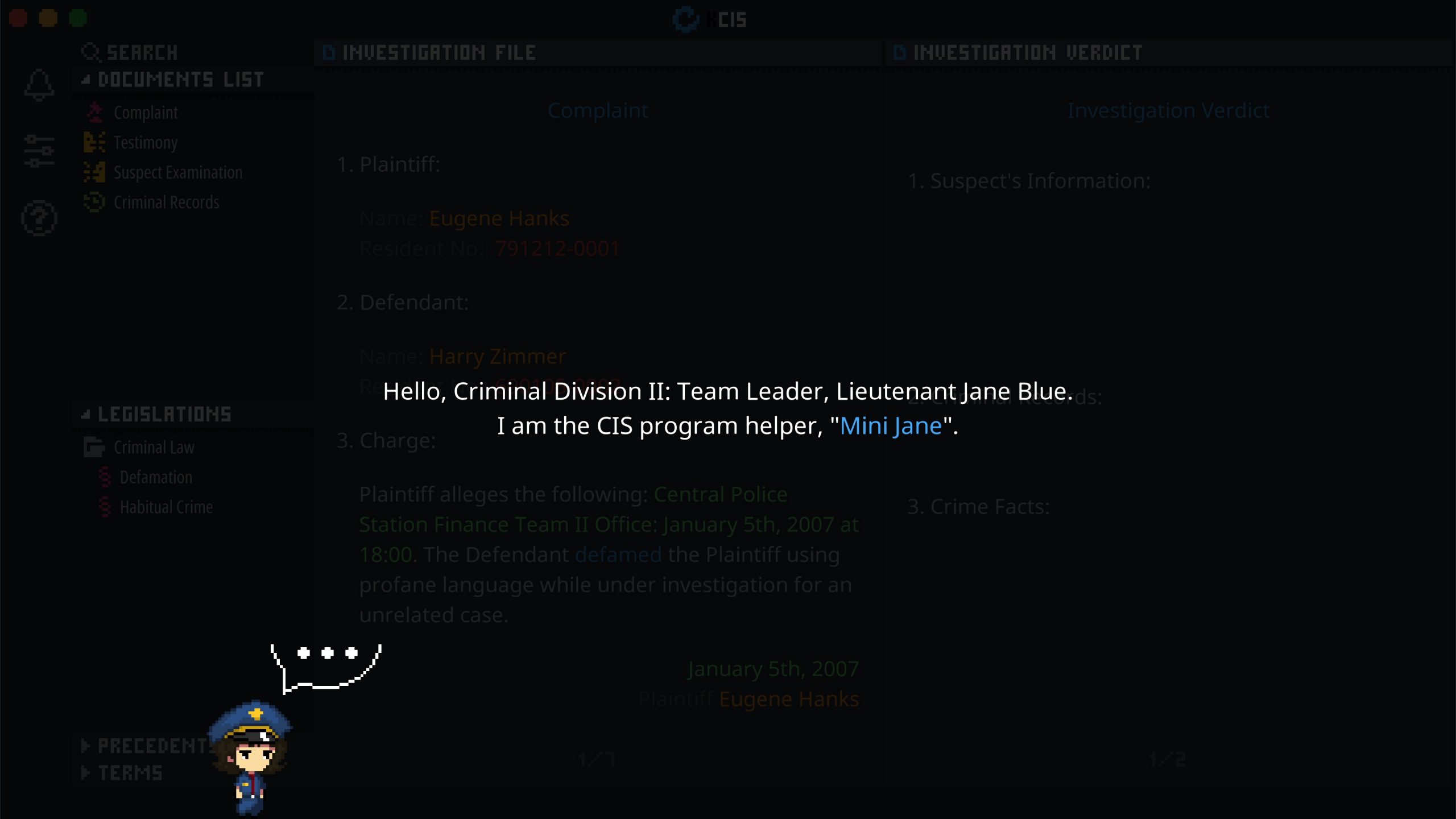 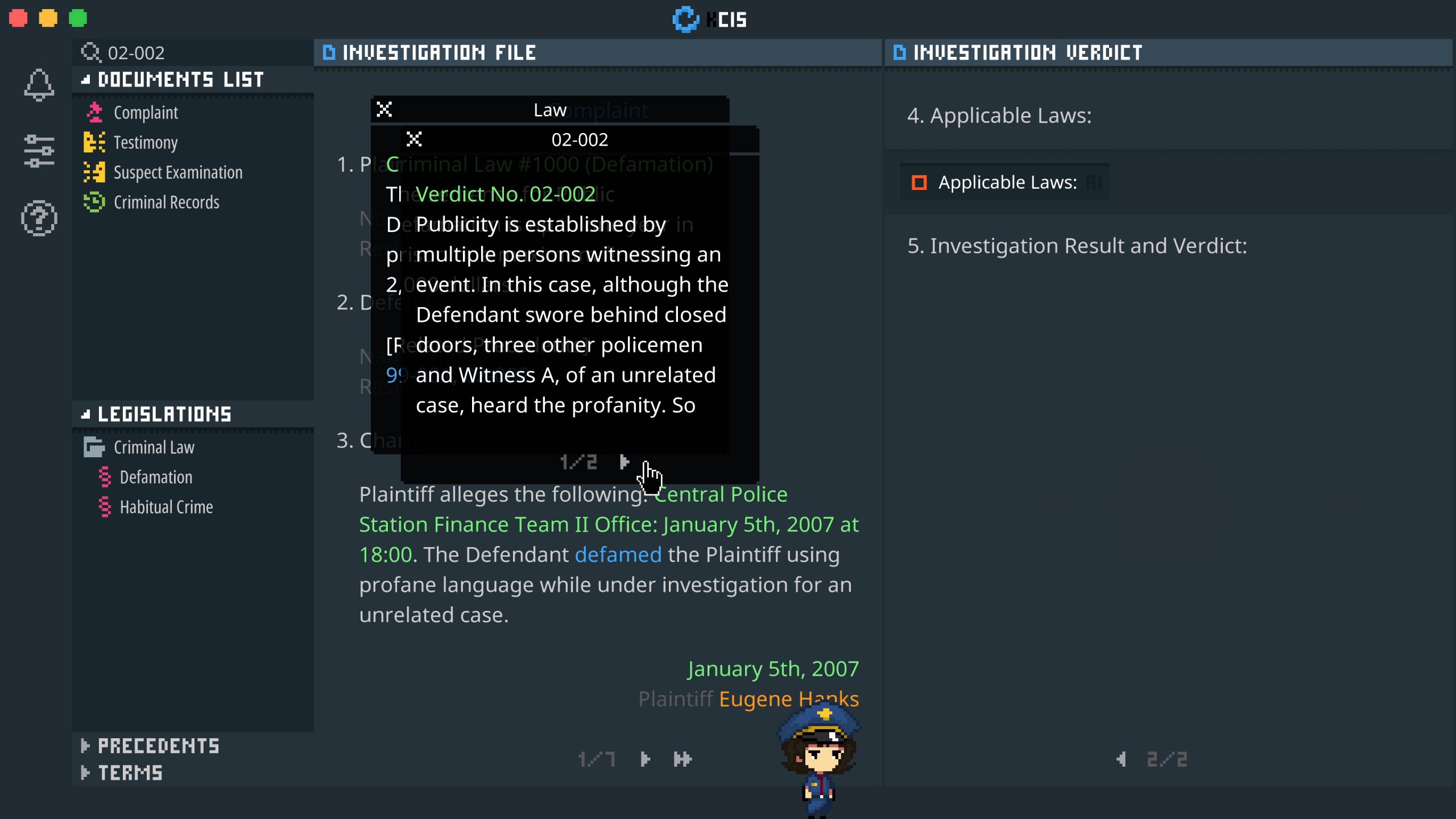 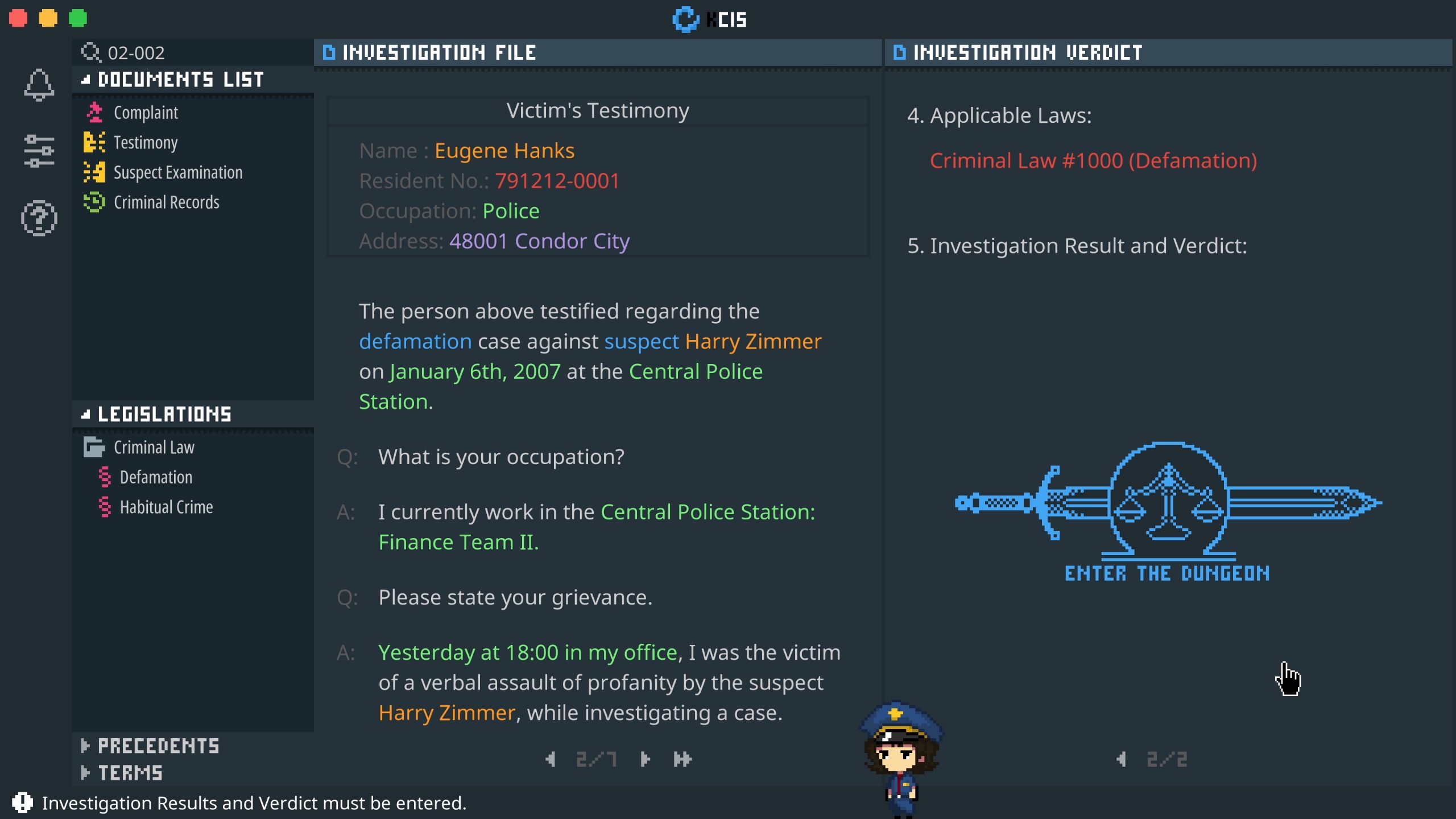 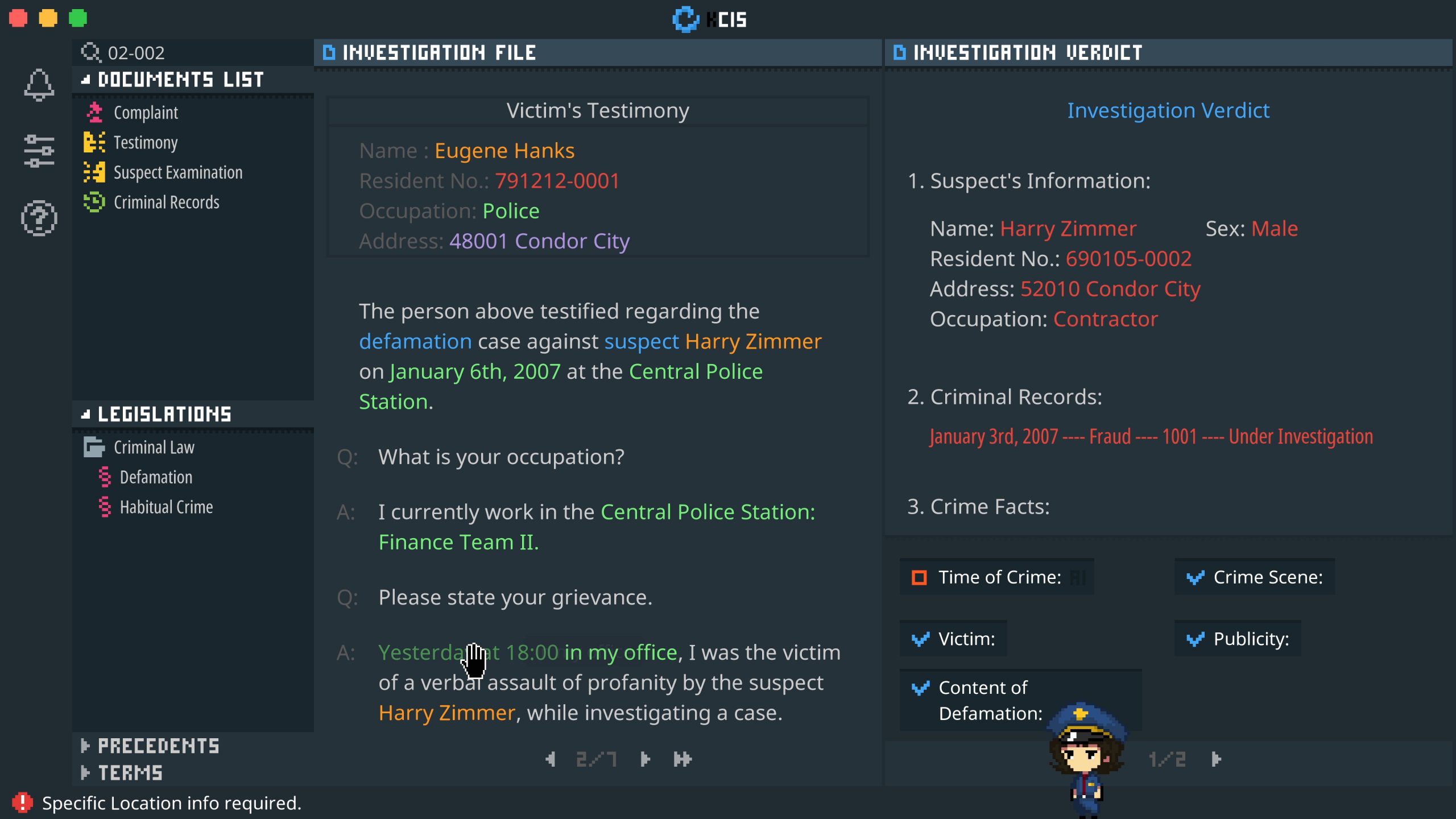 The more perpetrators prosecuted, the higher your “Performance Level” will rise, earning you respect from the police. Also, depending on the laws applicable to each respective case, your will receive a score, which will affect the police department to which you belong as well as Jane’s evaluation. However, the decision whether or not to prosecute will be made by the prosecutor, based on the documents you submit. Even when the prosecutor decides to indict, there are times when the court will reach a verdict of not guilty. When these decisions fail to match up, causing your “Precise Legal Execution Level” (i.e.: how you are viewed by the court/prosecutor) to drop. 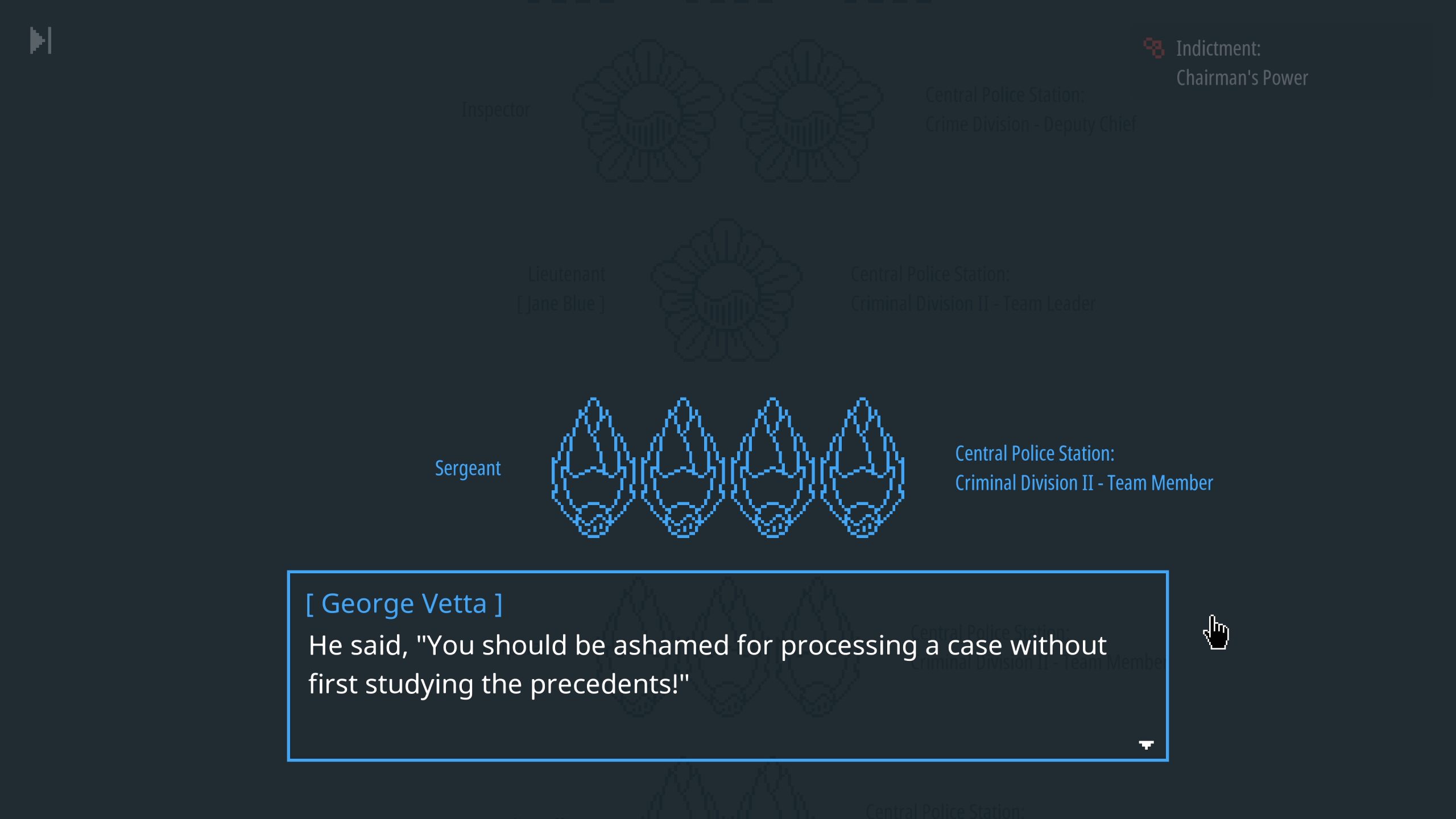 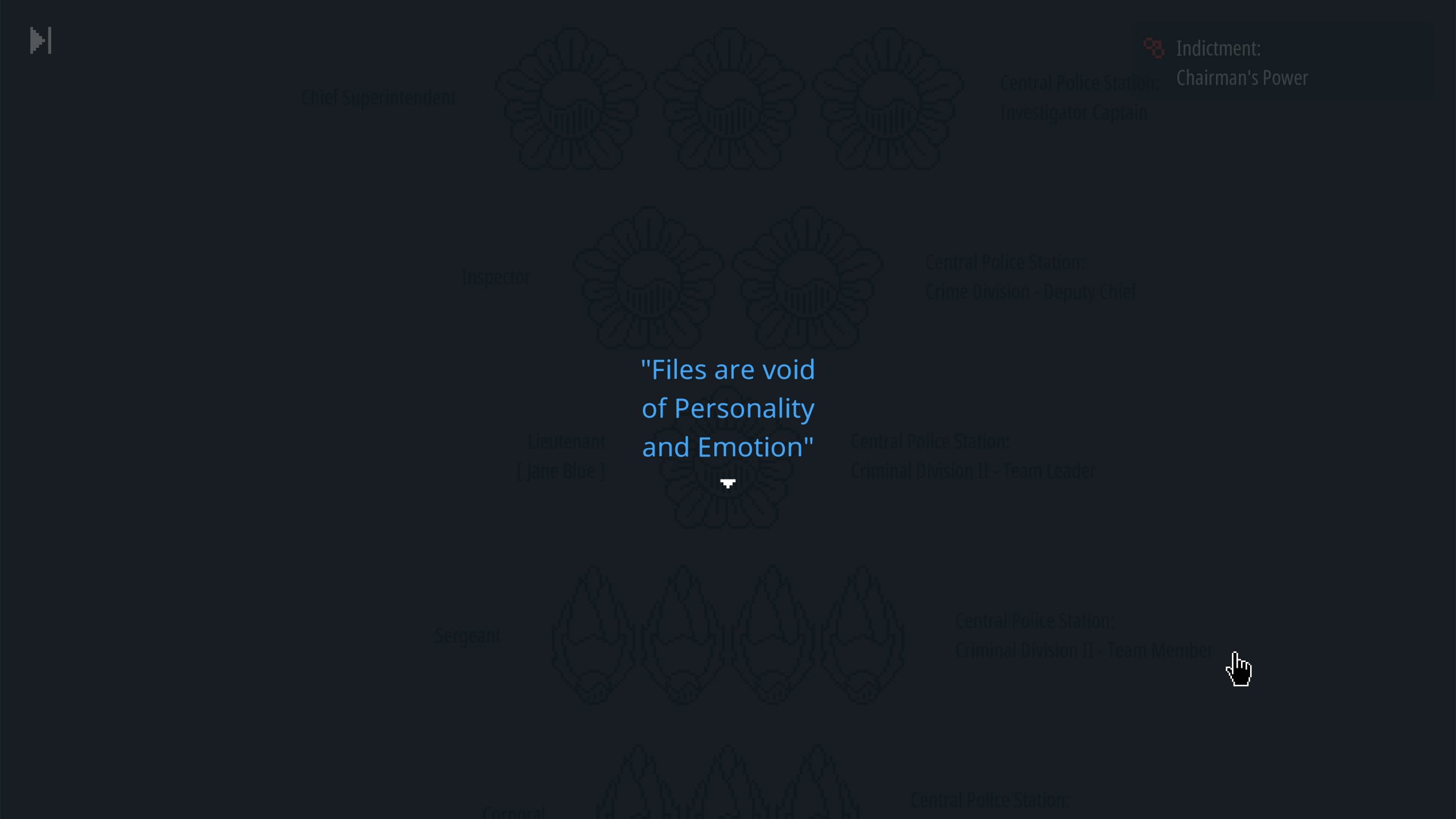 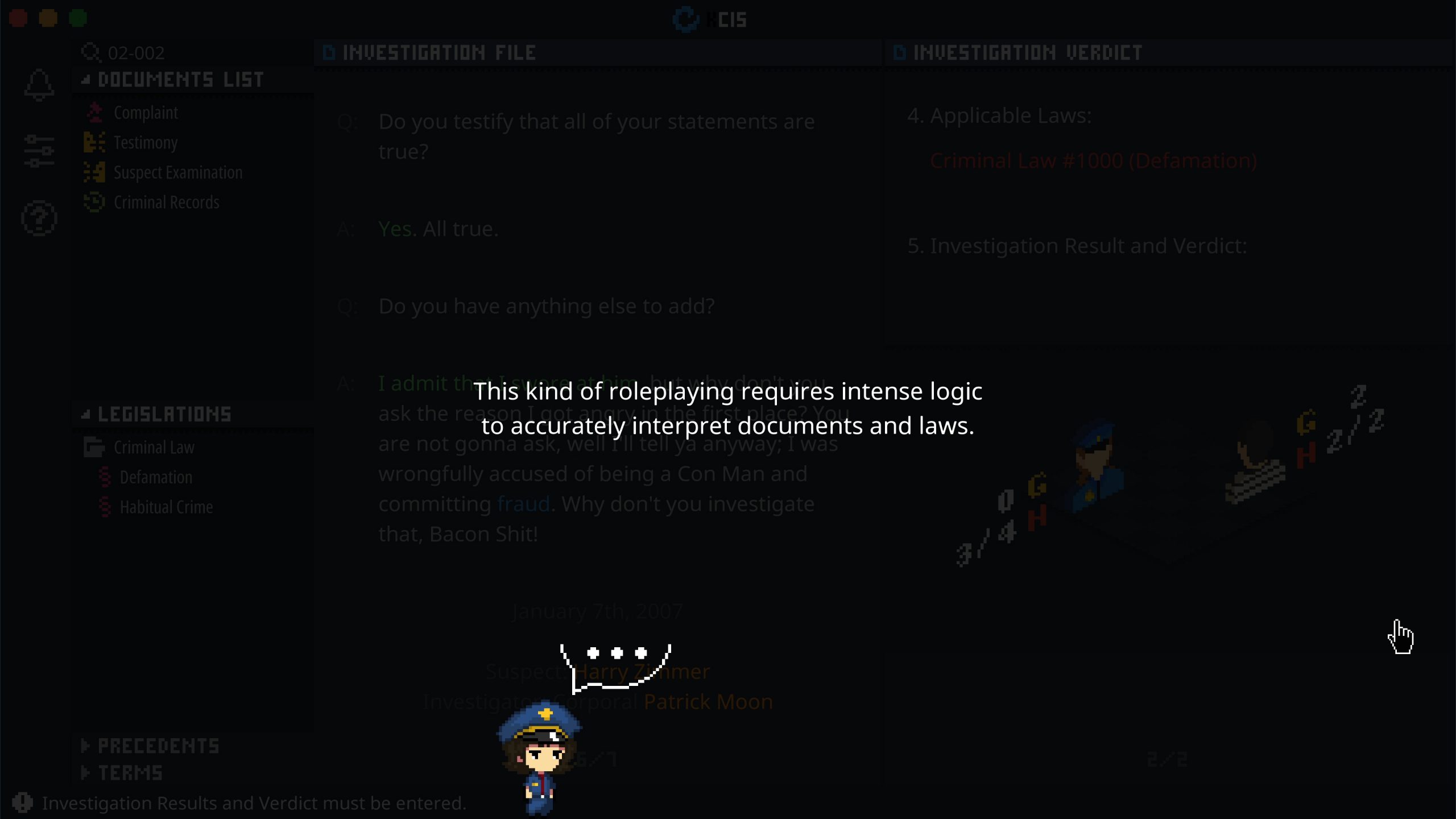 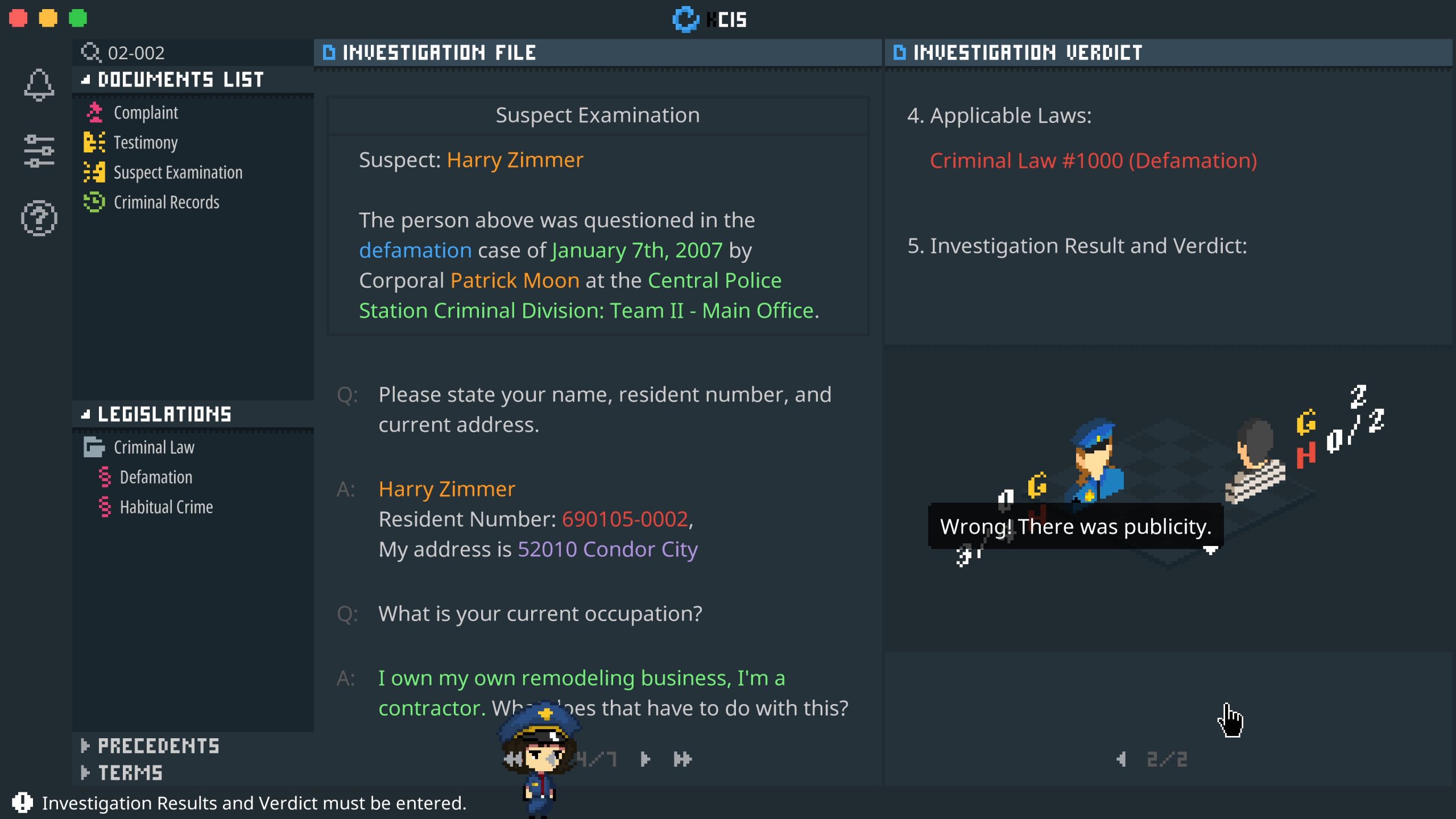 Key art illustrated by Petit Depotto, who assisted with localization

For the Japanese localization of Legal Dungeon, we received invaluable assistance from GNOSIA and Unholy Heights developers Petit Depotto, and team member "Kotori" provided illustrations for the key visuals for the Nintendo Switch version of the game.

Legal Dungeon is a game in which you create and organize documents. The main character is the leader of a police investigation team, and must read through investigators' reports, statements, etc., and put together "verdicts" providing your opinion on whether or not the accused should be prosecuted.

"Documents are free of 'personality' and 'emotions'."

However, these documents will have a profound effect on the accused and those around them, as well as on the fate of the main character. Developer Somi actually works in a law enforcement-related field, and the "power" given to the portrayals of the various cases and people in the game by real-life experience can really be felt when playing.

On top of that “power”, this game has also been instilled with a “prayer” from Somi. Having touched on this “prayer” ourselves, we decided to offer our assistance with the localization in hopes that we could help to ensure that this wonderful story is expressed as faithfully as possible. It’s not that anyone had asked us for help; we simply felt that it’s what we needed to do. Our time localizing Legal Dungeon was an extremely fruitful and fulfilling one.
(By the way, this was just before the release of our own game GNOSIA, so we sort of worked on it without letting our leader know.)

Be sure to follow @playismEN and retweet the giveaway campaign by April 12th for a chance to win one of two limited edition Replica/Legal Dungeon T-shirts!