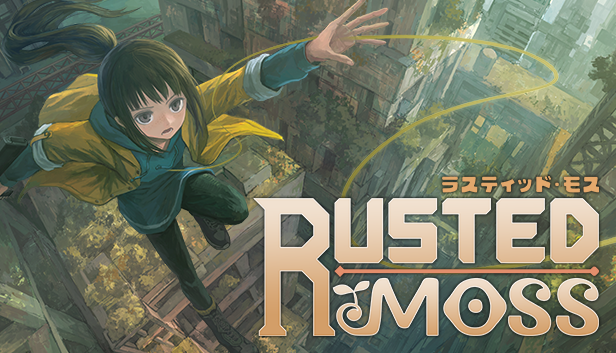 PLAYISM is proud to announce that Rusted Moss, a grappling hook based metroidvania game or grapplevania made by faxdoc, happysquared, and sunnydaze which will be fully available February 2023, has released its Final Demo! Players will be able to transfer their save data from the Final Demo to the full version of the game, so now you can play as you wait for the full release!

Swing Through the Stages with your Grapple Hook

This metroidvania utilizes your grapple and weapons with a full 360° aiming system. The freedom created by these controls creates a smooth experience for users to feel in complete control of their character. Find creative solutions to flexible traversal challenges, and blast away witches and machinery with precise aiming.

A “Grapple Hook” You Say?

The grappling hook is hard to learn yet rewarding to master. This unique physics-based elastic grappling hook uses your kinetic momentum to propel your character forward. Like rock climbing, there’s no set path through this melancholic abandoned wasteland. Latch onto any moss-covered structure and swing your way through this rugged terrain.

No more aiming in just 8 directions. As a twin-stick shooter, Rusted Moss emphasizes tight and precise gunplay. Quickly switch between your arsenal of weapons to best suit your playstyle and situation. Get up close and personal with a shotgun before grappling away and pulling out a sniper for the killing blow!

Push your gunplay and grappling hook skills to their limits! From powerful witches to machine monstrosities, each boss fight throws its own unique challenge at you. Dodge swords, avoid energy fields, and blast away at conjured spiders.

Journey across desolate landscapes drenched in melancholy; witness the remnants of humanity and their rusting iron inventions… Humanity is on the brink of collapse and will soon be invaded by faeries. In a desperate bid to survive, humans have empowered their own witches with stolen fae magic.

But all is not lost, as the humans were deceived - for one of their own is not what she seems. The fae have stolen a human baby, and replaced it with something else…

Raised by unsuspecting human parents, Fern is a changeling whose true loyalties have emerged. Alongside a mysterious shadow named Puck, she sets off on a journey to return fae to the world and end the Age of Men.

Whose side will you choose - human or fae?

What's in this update?

© faxdoc, happysquared, and sunnydaze All rights reserved. Licensed to and published by Active Gaming Media Inc.