A meteorite suddenly falls to Gensokyo.
A crack appears in its golden, egg-like surface, and small droplets of light emanate from the inside,
which then scatter in all directions.
Eventually, they arrive in the hands of Gensokyo's most powerful.

One of these lights reaches Reimu Hakurei. It surrounds her, transforming into what looks like a suit of armor.
A name echoes in her head, and she proclaims.
"A Valkyrie Arm..."
Sensing the beginnings of an incident, she sighs and looks off in the direction the light came from.
She floats up and into the air—and a moment later she's already gone, leaving naught behind but a thin red trail.

"My body feels so light..."
Soaring faster than ever before, Reimu realizes her armor—her Valkyrie Arm—is to thank for her newfound speed.
Who gave her this power, and for what purpose? Reimu hastens to find the cause of all this. But it doesn't take long before someone stands in her way.

Before Reimu is another girl, similarly clad in a Valkyrie Arm. Each of them now possesses the same power, and inevitably...
...a high-speed danmaku battle begins. 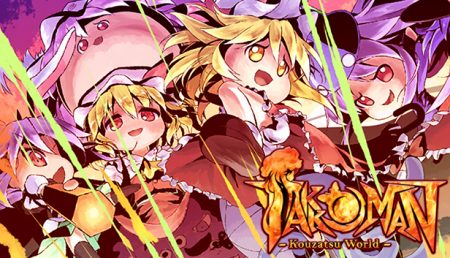